With back-to-back road loses, the now unranked Mizzou men's basketball team returns to Mizzou Arena for two games in hopes to get back on track.

Although his team did not get the results they wanted to the last two times out, head coach Dennis Gates continues to put an emphasis on living in the process.

"Last season there were 47 teams that were ranked in the AP Poll and this year because of the climate of college basketball, there will be a lot more," Gates said.

Gates said so far this season, 49 teams have already been ranked and he expects that number to only continues to grow.

"This is one of the reasons why it's important that we analyze and understand the growth of the NCAA tournament," Gates said. "I think you have to go with the process over the results because teams change throughout the year. There's different things that calcifies us, there's different things and events that allows us to continue to grow, but there's also no equation for who's in the top 25. The only top 25 that counts is the one of April 4."

Gates also adds that there is a lot of basketball left to play and just because his team is voted out now, hopefully the process will get them back to being ranked come April.

"Right now we're not in that rhythm that allowed us to be voted in," Gates said. "There's a lot of basketball left, two-thirds of a conference season left for each team."

In Gates' first year in the SEC, a lot of games so far this season have went down to the wire. He says those close games know how to bring out the best in players.

"It shows how deep and how competitive our conference is. I think ultimately we have to understand that players are going to make plays and make mistakes and we have to recover," Gates said. "I'm just thankful that we get back at home and play a game in our comfort, but also we can use our fan support."

Players are also eager to return home. Guard Tre Gomillion said the road loses gave them the hunger back that they had to start the season.

"Before we got ranked as a Top 25 we had that mindset of being the hunter and then when we got that number we were being the hunted, so I think it's great to have our mindset back," Gomillion said.

The Tigers will be back at Mizzou Arena Wednesday at 8 p.m. for a rematch against No. 25 Arkansas. 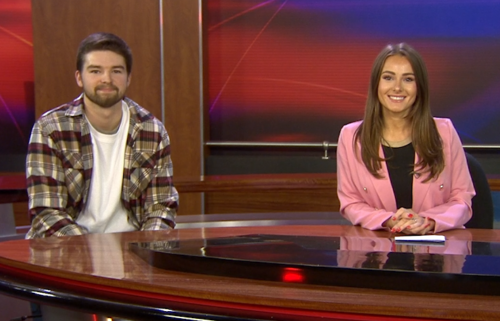