The Hickman Kewpies will play in the final game of the regular season, as the Jackson Indians come to Columbia.

You can also watch the game live at 7 p.m. in the player below.

After dropping three-straight games, head coach Cedric Alvis said he told his team it all comes down to being present and focused.

"Physically, I don't think we've been outmatched by any of our opponents, except maybe Ray-Pec, those are some really big dudes, but, honestly, it's just mentally being engaged, being sideline, the guys playing, all of us just being in the moment," Alvis said.

The Jackson Indians put up more than 50 points every single game this season, except for one.

Alvis said that he needs a strong showing from his defense, but it's going to come down to the offense.

"Unfortunately, I told my boys this, we are not in a position to where we can make a lot of mistakes," he said. "Our margin of error is extremely small and so, as an offensive unit, when we turn the ball over, we can't capitalize on third downs, those errors, those loses, end up putting our defense in a bad position."

Alvis said the 2020 season was definitely the strangest on record for him and probably always will be.

"It's really just a blessing to be able to make it through the season, for my boys to be able to have a sense of normalcy," he said. "The motivation for them to continue academically, the motivation to make sure they're getting their grades continued, and grades are progressing, so all of those things, had we not had the season, I don't know how that would have looked." 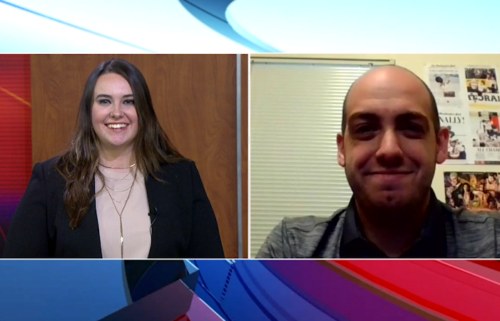