Ma’Khia Bryant and two other young women argued over a messy house and unmade bed before a fight that ended with the fatal police shooting shooting of the Black teenager, the woman who cared for Ma’Khia in foster care said Thursday.

Angela Moore said two of her former foster children had come to her Columbus, Ohio, home Tuesday to celebrate her birthday when the young women and Ma’Khia bickered over housekeeping.

“It was over keeping the house clean,” Moore said. “The older one told them to clean up the house because ‘Mom doesn’t like the house dirty,'” Moore recalled being told after she arrived home from work. “So that’s how it all started.”

Officials in Columbus have released body camera video of Tuesday’s shooting — during which Ma’Khia lunges at another young woman with a knife outside the house — and urged residents to await the facts in the investigation.

Police did not immediately respond to a request for comment.

Moore relayed for CNN the story she said she was told by one of the girls in the house at the time.

“You’re not the guardian of me,” Bryant replied, according to the story Moore said she was told.

“They argue all the time,” Moore recalled, “but I never thought it would escalate like that.”

Moore said she received a frantic call from one of the former foster children, who is seen in police body camera footage wearing pink and recoiling as Ma’Khia lunges at her with a shimmering knife.

“Mom, get home. Where are you? They’re going crazy,” Moore said the young woman told her. “She said they shot Ma’Kiah and I said, ‘Huh?’ It was just crazy.”

Moore said she started praying. Soon she started getting text messages from people saying, “I’m sorry.” When she got home, a police officer told her Ma’Khia had died.

“I never in my worst nightmare would have thought it would ever come to this,” she said.

Outside Moore’s home on Legion Lane, votive candles stretched onto the sidewalk Thursday. Balloons and flowers draped the side of a tree. Mourners paid their respects to Ma’Kiah, who, according to Moore, had been living at the house for only a couple of months.

“She was fun,” Moore said of her young charge. “She liked to dance. She did chores around the house.”

Ma’Khia’s cousins remembered her as “a good student, a good person” whose life was unnecessarily cut short by “disproportionate and unjustified use of force.”

“As a family we are all saddened by the tragic and unnecessary death of Ma’Khia,” cousins Don Bryant and Deja Torrence said in a public appeal for justice. “She was loved by many. … We want to remind everyone Ma’Khia was only a 16 year old teenage girl.”

Ma’Khia’s mother, Paula, in an interview Thursday said her “beautiful baby” has been “taken from me.”

“I love God and I’m just going to put it in God’s hands right now,” Bryant said when asked about accountability for her daughter’s death at the hands of police. “That’s all I know how to do.”

Bryant recalled a loving, funny and humble child who enjoyed music, cooking and seeing others laugh. She had recently made honor roll in high school, her mother told CNN on Thursday, and Ma’Khia’s TikTok videos on makeup and styling hair were widely shared.

“I want the world to know that Ma’Khia was beautiful,” Bryant said.

“She had a sweet little voice. Oh my gosh, she was just so talented. She was … on the path to going many places, definitely.”

The shooting occurred Tuesday afternoon, about 30 minutes before a guilty verdict was delivered in the killing of George Floyd. A jury found former Minneapolis police officer Derek Chauvin guilty of all three charges against him.

“As we breathed a collective sigh of relief today, a community in Columbus felt the sting of another police shooting,” Floyd family attorney Ben Crump tweeted.

The Columbus Board of Education, in a statement, lamented the deaths of Ma’Khia and Tre Von Dickson, a public school student killed by gun violence on Tuesday.

“While the outcome of the Derek Chauvin trial is now one demonstration that the ‘system’ can be held accountable, it certainly does not demonstrate that the system has been corrected or that there is true justice,” board members said in a statement.

Ma’Khia enrolled at Independence High School in February. Franklin County Children’s Services said she was a foster child in the county’s care.

“We are tired of hearing about our students who are losing their lives because of community violence and these tragedies that seem like they’re never ending,” Columbus City Schools Superintendent Talisa Dixon said.

City and police officials almost immediately released video footage of the controversial shooting at a time when police use of force is under national scrutiny. In February, former Columbus police officer Adam Coy was indicted on charges related to the fatal shooting of Andre Hill, a 47-year-old Black man.

“We don’t yet have all of the facts but we do know that a 16-year-old girl, a child of this community, tragically died last night,” Columbus Mayor Andrew Ginther told reporters on Wednesday.

“Bottom line: Did Ma’Khia Bryant need to die yesterday?” he added. “How did we get here? This is a failure on the part of our community. Some are guilty but all of us are responsible.”

Ginther said state investigators will determine “if the officer involved was wrong, and if he was we will hold him accountable.”

Police identified the officer who fired the shots as Nicholas Reardon, who was hired in December 2019. The officer is off street duty pending an investigation.

Reardon served in the Ohio National Guard since August 2015, according to records. He is a staff sergeant assigned to the 121st Security Forces Squadron, Ohio Air National Guard, which is part of the 121st Air Refueling Wing.

In a series of clips from police body camera video, Ma’Khia is seen holding a knife during a tussle with a young woman. An officer arrived at the scene and opened fire when the girl appeared to attempt to stab a second young woman.

“She’s a —- kid,” a man at the scene tells the officer after four shots were fired. “Damn, are you stupid?”

Ma’Khia fell to the ground, the knife by her side.

“She came at her with a knife,” the officer who fired his weapon is heard saying.

The situation unfolded rapidly, according to clips from the body cameras of three officers on the street. Ma’Khia was holding a knife in her right hand and charged the young woman dressed in pink — who turned to her side as the teen appeared to attempt to stab her. That’s when the shots were fired.

In the video, one officer asked, “Where is she hit?” The officer started lifesaving measures. “Stay with us,” he told the girl and asked bystanders her name.

“Stay with us, Ma’Khia,” he implored.

Officials urged the community to wait for all the facts to come out.

If an officer is “faced with someone employing deadly force, deadly force can be the response,” Woods told reporters.

Ginther said the Bureau of Criminal Investigation will look into the actions of the officer.

“I understand the outrage and the emotion about this incident,” Department of Public Safety Ned Pettus Jr. said at a news conference. “The video shows there is more to this. It requires us to pause.”

A pair of CNN law enforcement analysts defended the officer’s use of force as reasonable.

“(If) you don’t shoot, the one young lady — she stabs the other one and she dies,” Charles Ramsey, a former Philadelphia police commissioner, said of the officer’s actions. “But he had no other alternative, in my mind, other than to take some action because of what was going on. The young lady who was shot was clearly the aggressor in this case.”

Anthony Barksdale, a former Baltimore City deputy police commissioner, told CNN the officer used lethal force when another person “was in clear and imminent danger of being stabbed.”

“The officer used his service weapon to stop the threat,” he said. “This unfortunate tragic incident was justified from a policing perspective. … I am saying that, per training, the officer did his job and we need to start looking at each incident as its own incident.”

The president of the police union offered condolences to Ma’Khia’s family.

“It’s traumatic on everyone and we understand that,” Keith Ferrell, president of the Capitol City Lodge number 9, said in a video, according to CNN affiliate WSYX.

“We have all seen the videos that have been released by the city now in the act of full transparency and we support that.”

Ferrell added, “What we’ve seen in a lot of circumstances and heard from the call, the 911 calls, we can see what we think has unfolded. But there is more to look at. There will be an independent investigation done that will get those answers. But we can speak on what we know now that has been released by the City of Columbus. We can certainly see that lives were at stake.”

Ferrell said officers must make split-second decisions to save lives.

“We have a duty to protect the public and ourselves, certainly, the public,” he said. “These are the kind of decisions officers are forced to make every day, and with this transparency, the public can see that. As unfortunate as it is, we do not know potentially how many lives could have been lost in addition or people seriously injured.”

“We should have enough compassion to worry about every child who is shot in our cities,” DeWine said at a briefing. “And we should not accept it.” 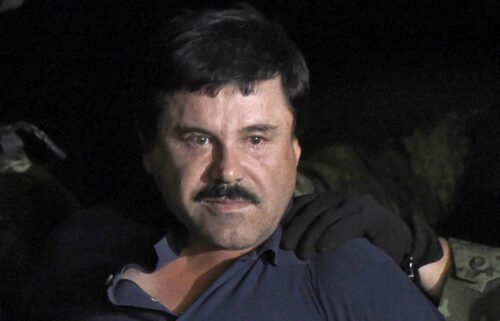 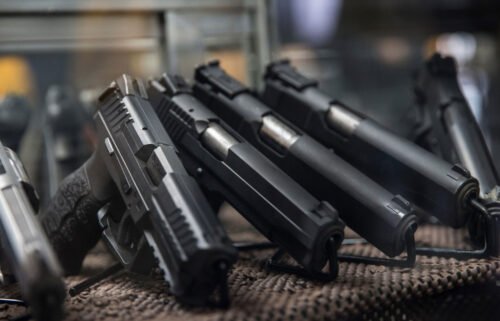 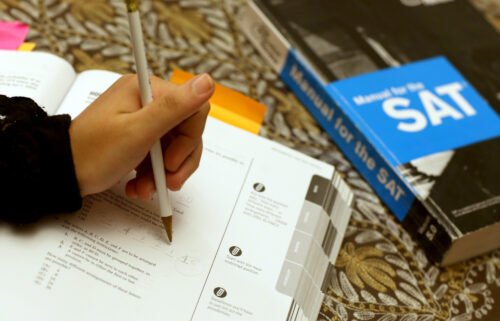