As Covid-19 vaccines roll out across the US, some states are already offering shots to people other than health care workers and nursing home residents.

West Virginia recently announced it would start vaccinating some of its elderly population, joining states such as Tennessee, Nevada and Florida in expanding vaccine distribution.

Federal recommendations advise that the first round of vaccines be allocated to health care workers and residents of long-term care facilities, followed by adults aged 75 and older and “frontline essential workers.” But, in reality, states are free to make their own decisions on who gets vaccinated when.

Leaders in some states have argued that focusing on vaccinating elderly people rather than younger essential workers could help reduce the burdens on their health care systems.

Still, though some governors have expanded who can receive the vaccine at this time, when exactly those people get a shot depends on supplies and how localities administer them.

Here’s how the effort to vaccinate the most vulnerable residents is going in some places.

Doses for people in that age group were being delivered to 82 organizations, including primary care physicians, health clinics and local health departments, Justice said at a news briefing.

The state is planning several vaccination clinics for people aged 80 and older at National Guard armories and other selected sites around the state, though the clinics have not yet been scheduled.

But though some elderly people in the state are now eligible for the vaccine, it could be some time before they actually get one — at the moment, demand is high and supplies are limited. The number of vaccines available depends on how many West Virginia receives each week from the federal government, according to the governor’s office.

“… Patience is urged while the West Virginia National Guard’s Joint Interagency Task Force finalizes plans for the widespread distribution of vaccines for West Virginians in this age category,” Justice’s office said in the news release.

The Kanawha-Charleston Health Department, which serves the state’s most populous county, said it was flooded with eligible residents eager to get a shot after the governor’s announcement. By the end of Wednesday, it had run out of its allotted appointment times for the following day.

The department has since announced that it expects to receive 500 doses for those 80 and older on Saturday. Eligible residents who wish to be vaccinated should call for an appointment starting at 8 a.m. on Friday, the department said.

Staff at the Berkeley County Health Department pulled a 12-hour shift to coordinate vaccine shipments, schedule appointments and administer doses to eligible members of the community.

Appointments were given on a first-come, first-serve basis and soon, the department announced that it had run out of doses — with no word yet on when it would receive the next shipment as of Thursday morning.

“We understand the desire to get our loved ones vaccinated as soon as possible and are doing our best to ensure we get the vaccines out, based on the priority groups given, as quickly as possible,” the department wrote in a Facebook post on Thursday.

In Tennessee, residents aged 75 years and older are now eligible to receive the vaccine.

Wednesday’s announcement came as part of an update to Tennessee’s current vaccination plan, which the health department said was based on new recommendations from the federal government’s Advisory Committee on Immunization Practices and several other groups.

As a part of that update, K-12 teachers and child care workers also moved ahead in the line to receive the vaccine, putting them right behind frontline health care workers.

“COVID-19 vaccines remain limited at this time, and Tennessee’s allocation plan prioritizes those most at risk of illness and death from COVID-19,” Tennessee Health Commissioner Lisa Piercey said in a statement.

In Hamilton County, lines of cars with people seeking vaccines stretched for miles on Thursday morning.

Wait times were longer than two hours, and at around 10 a.m., the county health department advised people to exit the line and come back at another time. More vaccination slots for eligible residents would likely open up starting January 5, the department said later.

Georgians 65 and older, along with law enforcement officers, firefighters and first responders, will soon be among those eligible for the vaccine.

State officials announced on Wednesday that those groups could get the vaccine within the next two weeks, as long as the state had enough supplies.

This latest wave of individuals will now be included in the state’s Phase 1A, joining health care workers and staff and residents of long-term care facilities, who have already started getting the vaccine.

The state health department didn’t offer much detail on how it would roll out vaccines to elderly people and first responders. But it appears that when those populations will get a shot will depend on where they live and the availability of vaccines in their area.

Different parts of the state are completing the state’s Phase 1A at different times, based on the number of health care workers and long-term care residents and staff they have to vaccinate, according to Public Health Commissioner Dr. Kathleen Toomey.

“This expansion of 1a eligible vaccination criteria will allow vaccine to be administered as quickly as possible to our most at-risk populations in terms of exposure, transmission and severity,” Toomey said in a statement.

Individuals in that age group are now included in Tier 2, meaning that they’ll be vaccinated at the same time as the state’s frontline essential workers. Other people in the Tier 2 category include those who work in the education, agriculture and transportation sectors.

Residents between 65 and 74 years of age and people with underlying health conditions will be part of the Tier 3 group, along with a second group of essential workers.

“It’s important for Nevadans to know that during the time period when COVID vaccines are limited, the allocation is based on scientific data, key ethical principles, federal recommendations, and our unique implementation challenges,” Gov. Steve Sisolak tweeted on Wednesday.

But it’s still unclear how exactly those vaccines would be administered to those newly eligible.

Immunization program manager Shannon Bennett said during a news briefing that the state’s vaccine distribution plan “continues to be fluid.”

“As more doses of the vaccine are received in Nevada and distributed to counties, some regions of the state may move into the next tier sooner than others, based on factors such as population size and vaccine demand and the tier group,” Bennett said.

As of Tuesday, more than 25,000 doses have been administered and reported across the state, Sisolak said.

Vaccination at assisted living facilities will start next week, the governor said.

Florida, which has among the highest proportion of residents over the age of 65, is prioritizing vaccinating the elderly over essential workers.

But in practice, getting shots in the arms of those residents has been more complicated.

Gov. Ron DeSantis has left it up to each county health department to decide how it administers the vaccines. The approach has created a mass scramble for a limited number of doses, with hourslong wait times at vaccination sites and overburdened county hotlines and websites.

In southwest Florida, huge lines formed overnight Tuesday after the Lee County Department of Health announced that anyone 65 and older and high-risk frontline health care workers could receive a vaccine on a first-come, first serve basis.

Each of the county’s seven vaccination sites had just 300 doses, leading people to camp out on lawn chairs and wait for hours.

Other counties have tried to set up vaccination appointments for those who sign up online or through a hotline.

In Orange County, the department of health set up an online portal to make vaccination appointments, and 30,000 appointments were scheduled in the last 24 hours. The county then said it reached capacity and closed its online portal on Wednesday.

In Palm Beach County, the department of health directed people 65 and older to call an appointment hotline to get their vaccine. But the hotline can only handle 150 calls at a time and was being overwhelmed, the county said.

And in South Florida, Broward Health said all of its appointments are booked until February.

Some vaccine recipients said that though they considered themselves lucky, the process of distributing the shots could be improved.

“Although I’m grateful to get the vaccine, I feel that there’s got to be a better way to distribute this,” Bruce Scott, who received the vaccine at a site in Fort Myers, told CNN.

“For people that really need it, elderly that might be disabled in some way, they can’t endure this process, so there’s got to be a better way to manage this.” 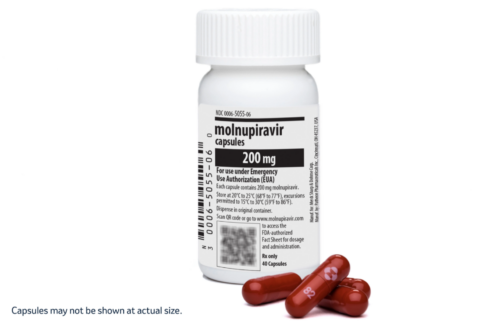 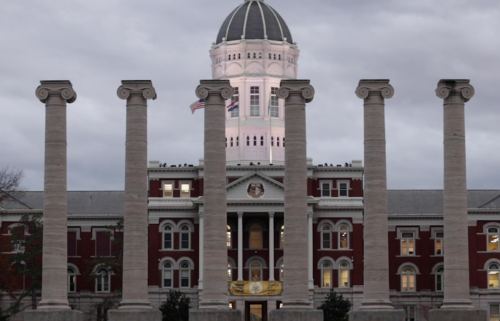 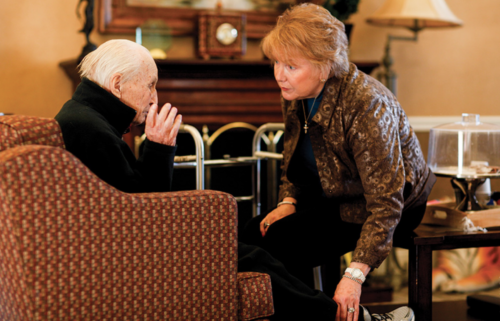