Wayne Sells is asking the Columbia Board of Education to take his name off the stadium at Rock Bridge High School after social media posts in which he was critical of players who kneel during the national anthem.

The district said in a statement Wednesday morning that officials are trying to reach Wayne Sells regarding removing his name from the field. The Columbia Board of Education has a closed session meeting set for Friday and will discuss the removal in an open work session Sept. 24, according to the statement.

"While Mr. Sells’ financial gift to the school for improved athletic facilities was and is appreciated, the content of the post is not representative of the values of Rock Bridge High School, Columbia Public Schools, or of the Columbia Board of Education," the district said.

Sells has since sent a letter to CPS apologizing for his words and actions and asking the district to take his name off the field.

In the letter, Sells explains his veteran status and emotions that he went through as a soldier during the Vietnam War.

He says, "I did to those football players, what strangers did to me, and I am sorry."

Regarding the stadium's name, Sells is asking the school board to rename the stadium Veterans Memorial Field.

CPS Superintendent Peter Stiepleman said in a tweet Tuesday night that the comments made by Sells were "not acceptable."

A Facebook post from Sells, which was shared on Twitter, says he is done watching the NFL after multiple players kneeled during the national anthem before Monday's matchup between the Denver Broncos and the Tennessee Titans.

The post refers to players with multiple expletives and included the phrase "all lives matter," which is commonly used as a retort to Black Lives Matter.

For years, multiple NFL players have shown support for the Black Lives Matter movement by kneeling during the anthem. The issue has been elevated back into the national discussion amid social justice protests after fatal police encounters with Black men and women.

Stiepleman said in his response Sells' post violates the district's "values and principles."

Columbia Board of Education President Helen Wade said in a statement shared by Stiepleman that Sells' comments were "insulting and racist" and that appropriate actions should be taken, beginning with outreach.

Wade said if outreach is unsuccessful, she would proceed with steps to change the name of the football field.

“I anticipate that this necessary action will be met with support from our community, and also with opposition from our community," Wade said in the district's news release Wednesday. "At a time when the injustices and inequities in our city have been laid bare, and our students, our parents, and our employees are struggling day-in and day-out, I believe it is our responsibility to stand up, speak up, and take action.”

Sells says in the statement he is a U.S. Army veteran and served as a military policeman for six years between 1966 and 1972. The kneeling players have been criticized by some as being unpatriotic or disrespectful to the military.

Sells Pastor, James Gray, was asked to speak on his behalf and said Sells has admitted his mistake and wants to make it right.

He said people cannot go back in time, but they can work to do better in the future.

"When we say it we can't take it back, it is what it is, but how do we move forward to the healing part of it," Gray said.

Sells hung up when contacted by an ABC 17 News reporter via phone. No one answered when a reporter knocked on the door of Sells' home. 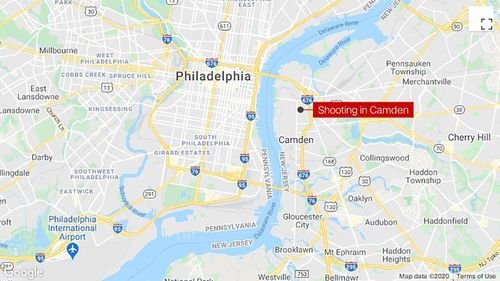