Road conditions in Columbia and Boone County began to improve as the weather warmed up Wednesday afternoon, but crews were still out clearing roads and preparing for them to possibly refreeze overnight.

A 25-person crew with Columbia Public Works began clearing roads at 7 a.m. on Wednesday. Before that, a different crew had worked overnight to pre-treat streets within the city.

Ashlyn Sherman with Columbia Public Works said both the temperatures and the pre-treatment helped the snow turn to slush in the afternoon.

"There are still some slick areas, but the snow is starting to slush-up on the pavements because that means the pavement temperatures are rising and also that the treatments are working," she said. "With the volume of the snow that we had and the cold temperature the snow's won't melt immediately, but as traffic drives on them on the roads and the salt works it will start to slush-up during the day."

Sherman said as the snow tapers off crews will focus on clearing things like turn lanes, shoulders and the center of roads.

In the County, Boone County Road and Bridge had around 50 crew members working Wednesday to plow roads.

"They're plowing. Of course, we didn't need to do it when we came in at five this morning, but they're probably pushing snow at the moment and treating behind it," said Director of Boone County Road and Bridge Greg Edington.

He said the salt treatment they use is most effective above 20 degrees, meaning temperatures Wednesday afternoon should allow for it to work.

Once snow moves out of the area crews will work to clean up roads and will treat any areas where there is something stuck to the road.

Edington said drivers should remember conditions can change from one road to the next.

"Some of the harder surfaced roads have been chip and sealed and they'll provide a little bit more traction right after a plowing versus an aged asphalt street which is smoother," he said. 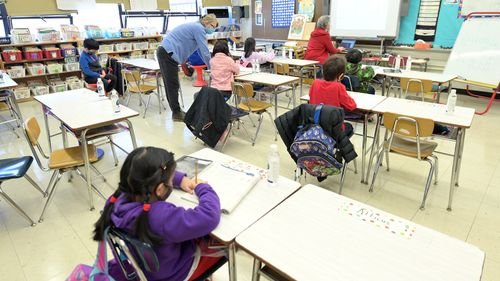