Geoffrey-Martin Cyr, 55, was visiting Palm Springs for the weekend. In a photo shared by friends, he is seen lounging by the pool Friday afternoon, where they said he laid for more than an hour.

The heat that day tied the record in Palm Springs: 119 degrees, one of the hottest days of the year so far.

Jill Langham, a Palm Springs resident and Cyr’s friend, was planning on meeting him for a drink.

She shared text messages from his walk to the bar that are the last she ever heard from him. “…so winded! Will explain when I see you,” one message read. “Inch-ing my way toward hunters! See you there.”

Langham said he collapsed in the street on his way. Friends said Cyr texted them he had thrown up a couple of times. Eyewitnesses said they saw him hit the pavement before falling unresponsive.

Paramedics said his organs were failing as his blood pressure dropped – heat stroke to the extreme.

“His body temperature was at 105 degrees,” Langham said. “They were unable to cool his body and he succumbed to death on Saturday evening.”

And while there were telltale signs that friends say they could have picked up on, medical experts said there are other symptoms people should be able to recognize in both themselves and others.

Cyr’s loved ones said they were speaking out to help others stay safe through the desert summer, hoping one less person falls to tragedy because of the valley’s dangerous and deadly heat.

“I do believe that this could have been prevented… It’s killing my heart,” Langham said. “If you’re feeling weak, if you’re feeling exhausted, I’m not sure that’s the time to be taking walks or going out to a pool.” 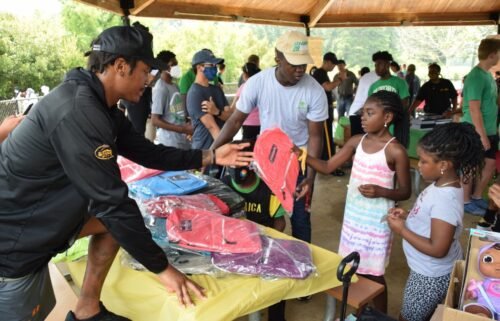