We have a cross-town rivalry in the duel been the 0-3 teams happened in week four of high school football as the Hickman Kewpies host the Battle Spartans.

Watch a replay of the game in this player.

These two teams will Friday in the KZOU game of the week. You can watch the game live on KZOU over the air channel 17.3 at 7 p.m. Here is a look at other local listings:

The Kewpies had a tough first two weeks being shut out by a combined 69-0, but in week three head coach Cedric Alvis finally saw his offense start to click.

"Last week we were able to capitalize," Alvis said. "It was the confidence and belief of being successful, that was the main difference."

With a tough start to the season, Alvis said it hasn't been a "walk in the park" when it comes to keeping the spirits up in his locker room.

"In the offseason, we've been priming for this with the #SmileOn," Alvis said. "We've been through a lot of adversity the first three weeks of the season. The message this week is the path to success is not straight. It's not a straight path to go from here to there, there's bumps, there's curves and twists so as far as success, it's still obtainable and we can still get there."

On the other end of the matchup, Jonah Dubinski has started his second second as the head coach of Battle also at 0-3.

Leading up to week four, Dubinski is taking all of the positive things from the past few weeks and zoning in on how to better it against Hickman.

"It's really the intricacies of our run game, tweaking the passing game a little bit, hitting our land marks at receiver, finishing blocks up front, making sure we're going through our progressions at quarterback," Dubinski said. "On defense, I think our front seven has played pretty well all season, it's getting our young back end used to it. They've seen three totally different offenses so I'm hoping week four we'll show a lot of growth from that unit."

Battle will meet Hickman at Alumni Stadium Friday at 7 p.m. 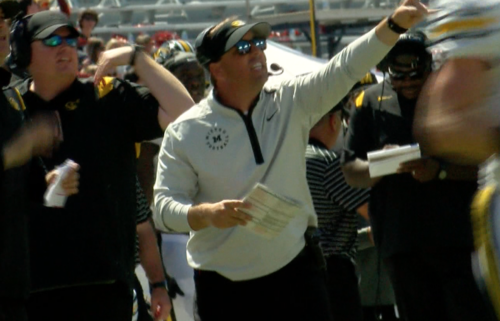