Jack Deeken won the Ward One seat in Jefferson City 486 to 429 over Jacob Robinett. Both candidates were fighting to fill the First Ward seat left vacant by Hank Vogt.

Deeken says this win to him is humbling and it means that the citizens of Jefferson City trust him to do what he said he was going to do.

Wiseman said, "If they voted for me they truly want the council to change so, I'll do anything necessary to make sure I change it in the direction that they said they wanted me to change."

"It's not broken, just in the last six-seven years it needs attention, the longer we wait the worst its going to get and we have the money to do it we just have to make a new priority," Deeken said.

He was on the Jefferson City Planning and Zoning Commission for more than a decade. Ending his term recently.

First Ward candidate Jacob Robinett has not served on the council before but is the chair for the Jefferson City Young Professionals. In a recent interview, he states if he wins he wants to make Jefferson City a better place to live in by using APR funds to invest in the community.

The race for Third Ward was between Erin Wiseman and Bob Scrivner. Both candidates have served on the council before.

Wiseman won her fourth and final term before her term limits out. She says that winning this election means that the people know that the city is in the right direction and that the citizens are serious about the city and its progress.

"It means the people think that I really am serious about fixing streets and you have been focusing on that the last six years but you know we have two more years than I can help work on this, you know we have some major street issues," Wisman said.

During this term, she wants to make sure the public safety tax is spent on needed items like safety equipment and body cameras.

"Attraction and retention are really important for all of our public safety you know and in fact may be increasing the force in some areas because as well all know crime has increased in Jefferson City over the last couple of years," Wiseman says.

Bob Scrivner has previously served on the council from 2008 to 2016. He also has served two terms as mayor pro tem. Along with two terms as chairman of the public works planning committee. He says his goals in the ward if elected would be focused on growth and development in the community.

Both Wiseman and Deeken's terms will last two years. 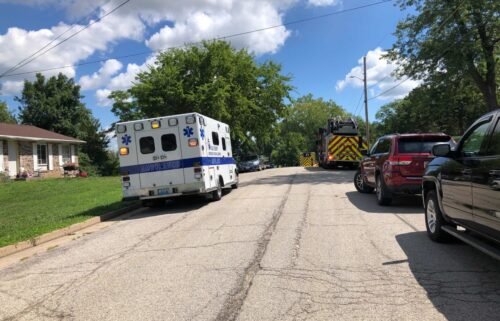