It may be a small one, but there is an election on Nov. 2.

In Mid-Missouri, voters in just a few areas will see issues on their ballots. Each issue is a question about whether to keep or raise taxes.

Only one issue will appear on ballots in Boone County, and only in the City of Columbia.

The city is asking voters to extend an eighth-cent portion of a sales tax that pays for parks operations and projects. A "yes" vote would approve the tax for 10 more years. City leaders plan to use the money for several large projects, including expansion of the city parks' fieldhouse, improvements at the Activity and Recreation Center and Stephens Lake Park and money for the Lake of the Woods Recreation Area.

Columbia's sales tax rate is 7.975%. The rate is higher in certain transportation districts within the city.

Only Jefferson City voters will get ballots in Cole County. They'll decide on whether to implement a quarter-cent sales tax that will pay for public safety expenditures.

The tax will go toward salaries and equipment for the police and fire departments.

Some voters in these Lake-area counties will see the same two questions on their ballots.

Voters in the Osage Beach Fire Protection District, which goes across the county line, will decide on approving $13 million in bonds and a 30-cent-per-$100 property tax to pay for them. The bonds would pay for a new fire station, renovation of current buildings and new equipment, including trucks.

The Orearville R-IV School District wants to make permanent its property tax levy level of about 35 cents per $100 of value.

A "yes" vote would keep the tax rate the same. However, taxes won't go down because the current, temporary levy will be made permanent. 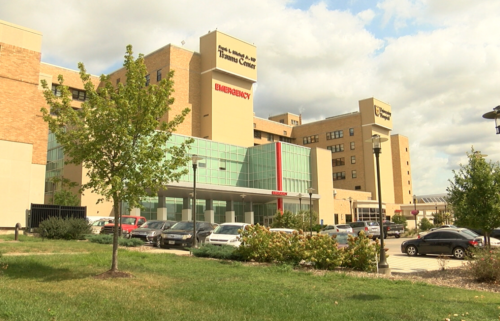