Republican Sen. Ted Cruz of Texas on Wednesday offered rare praise for President Joe Biden over sanctions targeting the company behind a controversial pipeline that has become a flashpoint in the intensifying Ukraine-Russia crisis.

Biden said Wednesday that he was moving ahead with sanctions on the company in charge of building Russia’s Nord Stream 2 gas pipeline after blocking such measures last year using a national security waiver.

The move is part of a series of penalties the US and its allies have imposed on Russia this week in response to Russian President Vladimir Putin’s recognition of separatist territories in eastern Ukraine as independent.

“President Biden made the right decision today,” Cruz said in a statement Wednesday. “Allowing Putin’s Nord Stream 2 to come online would have created multiple, cascading, and acute security crises for the United States and our European allies for generations to come. Today’s announcement is critical to preventing such scenarios.”

A release from the senator’s office also said Cruz will lift holds that were stalling confirmation of certain State Department nominees following the announcement and “after engaging with the administration.”

In January, the Senate voted down legislation from Cruz to sanction entities associated with the Nord Stream 2 pipeline.

Cruz has argued that the pipeline would empower Putin and allow him to hold dangerous leverage over Europe by controlling the flow of much-needed natural gas there. The Ukrainian government had come out in support of his plan. Cruz argued that if sanctions weren’t enforced, it would be existential for Ukraine.

The administration decided to move forward with rescinding the national security waiver on Nord Stream 2 after Germany on Tuesday announced that it was halting the certification of the pipeline, an official said.

The move marks a significant shift in the administration’s policy toward Nord Stream 2, which had previously been to sanction some of the smaller entities involved in the project, including some Russian companies and ships that have been helping in the construction, but to hold off on sanctioning Nord Stream 2 AG and its CEO, Matthias Warnig.

Cruz is now urging further action by the administration. “Today’s announcement should be followed by additional steps inside the Biden administration and in Congress to permanently lock in sanctions,” he said in his statement on Wednesday.

“Our Ukrainian allies are on the front lines this very moment bravely facing down Russian forces. For months they have been pleading with us to help them by, first, locking in exactly these sanctions on Nord Stream 2 and, second, providing them with the lethal aid they need to defend themselves,” Cruz said. “President Biden has now taken positive steps in both areas, but much more still needs to be done to deter and counter the threat that Putin poses to our allies in Ukraine and across Europe.”

CNN’s Ted Barrett and Natasha Bertrand contributed to this report. 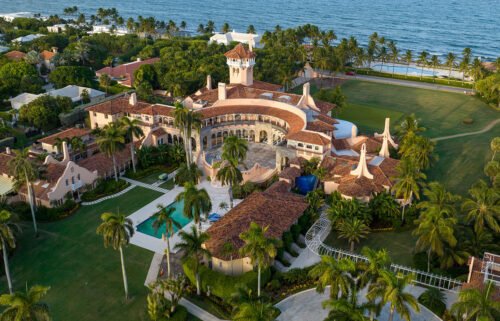