The Office of Management and Budget is telling some federal agencies they can delay firing their employees who refuse to get vaccinated until after the holidays, an official confirmed to CNN, as an “education and counseling period” for non-compliant workers continues in December.

An OMB spokesman said that period is the first step in their enforcement of the vaccine mandate implemented by President Joe Biden.

“Nothing has changed with respect to our deadline or our approach to the federal employee vaccination requirement,” the spokesman told CNN in a statement. “The deadline was November 22, and we already have 96.5% compliance across a diverse workforce that is the largest in the United States. This is incredible progress and should serve as an example to employers across the board that vaccination requirements work.”

“We’ve also said the deadline is not a cliff and that our goal is to protect workers, not penalize anyone. That’s why we’ve encouraged agencies to continue the education and counseling period in December for the small number of employees not already in compliance, and delay most suspensions and removals until the new year. We’re seeing strong increase in compliance and believe this is the best approach to vaccinate more employees,” the spokesman added.

White House press secretary Jen Psaki on Monday afternoon reiterated that “nothing has changed” about the deadline or approach to implementing federal workers’ vaccine compliance. She added that it’s “inaccurate to suggest … that we’ve delayed anything or changed (anything). The deadline that has already passed. We’re working to implement (it).”

The guidance to permit delaying termination for federal employees who refuse to get vaccinated until after the winter holidays comes as the US implements travel restrictions on South Africa and seven other countries in an effort to mitigate the emerging Omicron Covid-19 variant.

Biden signed an executive order on September 9 requiring all government employees be vaccinated against Covid-19.

The levels of federal employees’ vaccine compliance have exceeded the Biden administration’s expectations, but different agencies have had varying levels of actual Covid-19 vaccination.

A detailed breakdown of agencies’ vaccine compliance released by OMB last week showed that the federal government has achieved 96.5% compliance — meaning employees who have had at least one dose of the Covid-19 vaccine or have a pending or accepted exception request. Some 92% of employees, OMB said, have received at least one Covid-19 vaccine dose.

The agency with the lowest level of vaccination is the US Department of Agriculture, where 86.1% of employees have had at least one Covid-19 shot.

Earlier this year, Biden imposed the stringent new vaccine rules on federal workers, large employers and health care staff in an attempt to contain the latest surge of Covid-19, particularly after the emergency of the highly transmissible Delta variant at the time.

Biden also directed the Labor Department to require all businesses with 100 or more employees ensure their workers are either vaccinated or tested once a week. Eighty-four million workers would be covered by the rules, which are scheduled to fully take effect on January 4.

Immediately after being announced, the mandate came under challenge from Republican-led states and some private employers, who say the administration overstepped its authority in issuing such a rule.

Most recently, on Monday a federal judge in Missouri issued an order partially blocking the administration from implementing a vaccine mandate for certain health care workers.

This story has been updated with additional background information.

CNN’s Betsy Klein and Tierney Sneed contributed to this report. 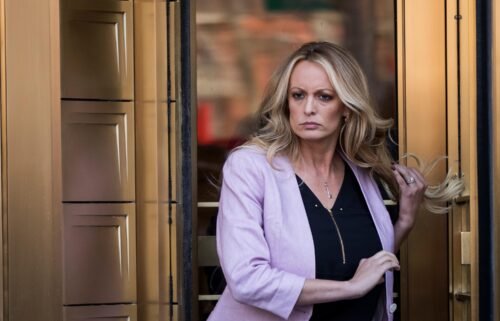 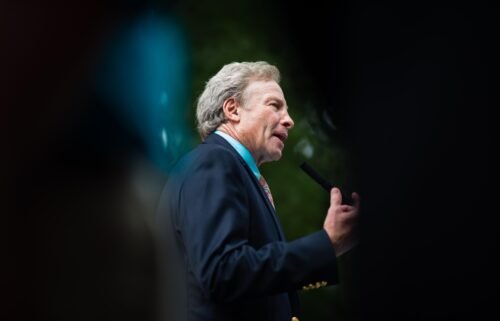