Dinosaurs may have given birth and lived year-round in the Artic, a new study revealed.

Researchers found fossil evidence of at least seven species of dinosaurs reproducing at the Prince Creek Formation in northern Alaska.

While the scientists didn’t find nests or eggshells, they did find dinosaur embryos and just-hatched babies, which could give even greater insight into these animals, said study author Patrick Druckenmiller, professor of geology and director of the University of Alaska Museum of the North.

“Dinosaur eggshell is nice, but you can’t often tell very precisely who laid the eggs,” he said. With bones and teeth, researchers can use them to identify the genus or species of an animal, he added.

It’s unlikely the dinosaurs gave birth and then migrated to warmer climates because the small babies wouldn’t have been able to make “a long trek before the onset of a long, dark, cold winter,” he said.

The weather these animals faced over 70 million years ago averaged 42 degrees Fahrenheit (5.6 degrees Celsius), he noted, with freezing winters. During those cold months, the dinosaurs were plunged into four months of total darkness, making it even more challenging to survive the harsh climate, Druckenmiller said.

Finding the small bones and teeth were no easy task, he added.

When Druckenmiller and his team excavated the site, they kept every grain of sediment to inspect. Each piece larger than half a millimeter was preserved and examined under a microscope.

“Over the last decade we must have inspected hundreds of thousands of little grains of sand to find a full handful of fossils,” Druckenmiller said.

The discoveries of “polar dinosaurs” in high latitudes has been somewhat perplexing, said Anthony Fiorillo, senior fellow at the Institute for the Study of Earth and Man at Southern Methodist University in Dallas, who was not involved in the study.

Body heat in the cold

Fossils found in the Arctic over the past 20 years have helped researchers better understand how dinosaurs thrived in cold climates, he said.

“The value of this study is that it broadens our understanding to now include many kinds of dinosaurs living year-round in the Cretaceous Arctic,” Fiorillo said.

This discovery also alludes to the idea that dinosaurs may have been warm-blooded creatures, Druckenmiller said.

Unlike cold-blooded animals like crocodiles and lizards, who rely on their external environment to regulate their body temperature, warm-blooded creatures can make their own internal heat.

This isn’t the first study to hypothesize this theory, “but it does lend more support to the idea of dinosaurian warm-bloodedness,” Fiorillo said.

Druckenmiller’s team still has much to study, he said, including the lifestyle of these dinosaurs. The plant eaters might have survived off low-quality forage to survive the winter, he said, while small species may have hibernated. 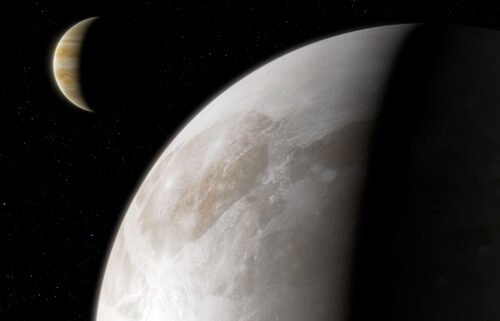