Chinese authorities have offered a bounty equivalent to more than $23,000 for the capture of a North Korean defector who broke out of prison in the northeastern city of Jilin on Monday.

The inmate, identified as Zhu Xianjian, entered China illegally in 2013. Three years later, he was sentenced to 11 years in prison for illegal border-crossing, larceny and robbery, to be followed by his deportation, according to a court judgment.

A bounty notice issued by the Jilin prison said Zhu escaped at about 6 p.m. local time on Monday after climbing onto a shed next to a gate as inmates were finishing work in the yard.

The notice offers a $15,600 reward for information that helps police catch Zhu. And that could rise to $23,400 for clues that lead directly to his arrest — almost five times the average annual income of Jilin urban residents and more than nine times that of those in rural areas.

Zhu’s dramatic escape was captured in a surveillance video posted on Chinese social media by a number of state media outlets.

In the footage, Zhu is seen scaling the shed, running across the roof and using what appears to be a rope to damage the electric fence surrounding the prison wall, setting off a series of sparks. He then steps onto the fencing to climb over another metal fence and disappears behind the high walls, as prisoners and guards look on.

Police have blocked off entrances to nearby villages and conducted a house-to-house search for Zhu, according to the state-run Global Times.

Another surveillance video shows Zhu roll over on the ground after jumping from the high fence. He lies still for a while before getting up and running away.

News of Zhu’s escape drew wide public attention in China, where prison breaks are rare. A related hashtag on Weibo, China’s Twitter-like platform, drew more than 22 million views, according to the Global Times.

But censorship soon kicked in. The bounty notice was deleted from the Jilin prison police’s social media account, and some related hashtags and posts were removed from Weibo — including footage of Zhu’s escape.

According to court documents, it was just past midnight on July 21, 2013, when Zhu — a coal miner — swam across the river from the northeastern tip of North Korea to a Chinese village in the city of Tumen, Jilin province.

Within hours, he broke into several village houses to steal money, cell phones, sneakers and clothes. At the third house, an old woman discovered him and shouted for help, the court document said.

“I took out a knife tied to my waist and stabbed the granny in the back. Then I noticed she was carrying a satchel. I tried to yank it off her but she wouldn’t let go, so I stabbed her a few times more,” Zhu was quoted as saying in court.

Zhu was arrested hours later when trying to flee in a taxi, the court document said. The old woman suffered severe injuries but survived, it added.

While in prison, Zhu’s sentence was reduced twice — in 2017 and in 2020 — for a show of remorse, good discipline and actively participating in “ideological, cultural and vocational education” and laboring work, state broadcaster CCTV reported. He was due for release in August 2023.

According to Human Rights Watch, North Korean defectors who get sent back to the country can face severe punishment, including torture and sexual abuse.

Correction: An earlier version of this story contained the wrong surname of the North Korean defector in some instances. He is identified as Zhu Xianjian by Chinese authorities. 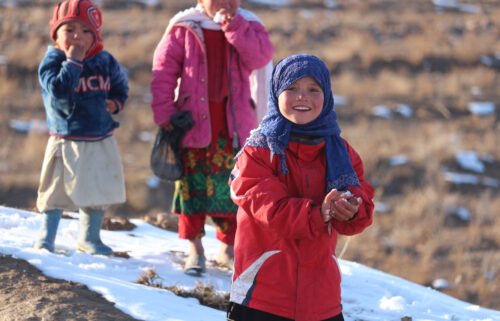 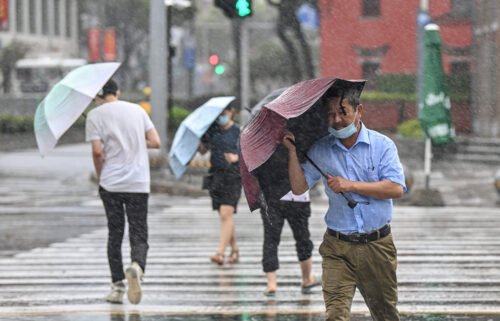