PITTSBURGH, Pennsylvania (KDKA) — A Pittsburgh woman who says her dog was strangled to death at a PetSmart in East Liberty while having its nails trimmed is asking for accountability from the company.

Now four employees involved in her claim are facing felony charges of animal cruelty, and PetSmart said they’ve been fired.

AJ Ross says her dog, Kobe, was part of her life for 12 years and her companion as she moved around the country to pursue her career. On Nov. 17, 2020, she says she brought Kobe to the PetSmart in East Liberty to get his nails trimmed.

She says she watched the groomer walk back into the salon with Kobe. Minutes later, as she was purchasing treats and toys for him, she says she heard the manager paged over the intercom.

Moments later, the manager brought her to the salon, where she says she saw her toy poodle lying lifeless on the grooming table. She says she picked him up and ran.

“I’m rushing out of the store, and I’m hoping maybe some fresh air will help him. If I just rub him and the fresh air hits him, maybe he’ll wake up,” she told KDKA. “I’m saying, ‘Kobe, wake up, wake up,’ and he’s not waking up. And I just collapsed outside the store.”

Ross rushed Kobe to a local vet, where according to a necropsy report provided to KDKA by Ross, workers attempted CPR but were unable to revive him. Ross said she said goodbye to Kobe and began questioning the actions of the PetSmart employees.

She says the manager at PetSmart had told her Kobe had just fainted while having his nails done.

“Like, he looked sick? What were you saying? He just fainted? And they couldn’t really give me a clear answer,” Ross said.

She says after several attempts to get answers from employees at PetSmart, a regional manager brought her into the store to view the surveillance video on Dec. 1, 2020. What she claims she saw traumatized her.

“They had him tethered to a leash and tethered to the end of the grooming table. So his neck is being hyperextended in different directions,” she recalled. “He was hanging. He was hanging for over a minute. He was struggling and being tortured. They didn’t do anything, they just kept cutting his nails.”

According to Animal Control, Ross called Humane Animal Rescue the same day she saw the video and asked for an investigation.

What Ross describes happening to her dog is corroborated by the criminal complaints filed by an Animal Control officer against the four former employees. The officer writes that one employee is seen holding Kobe while he struggles against the leashes, and another employee trims his nails. Eventually, according to the video description in the complaint, Kobe falls limp, and that’s when the employees call for a manager.

The complaint says the Animal Control officer showed the surveillance video to a veterinarian, who describes what happened as being consistent with an animal suffering from a crushed windpipe.

In a statement provided to KDKA, PetSmart said: “We are heartbroken and truly sorry for the loss of Kobe. After this terrible accident, we launched an internal investigation and found unintended failure to adhere to our pet safety processes. Additionally, we cooperated with an external investigation, terminated the responsible associates and facilitated an autopsy to help provide answers.”

Ross says she asked for information from PetSmart about how its employees are trained and what protocols employees have to follow. In an email from a PetSmart manager to Ross, provided by Ross to KDKA, he tells her he can provide her with that information, and says, “We would ask you to sign an acknowledgement (sic) to keep these documents private because our training academy and policies and procedures are proprietary, and those documents are not generally available to the public. We are willing to make an exception here, and we want to share those with you, given these circumstances.”

But Ross thinks PetSmart’s policies on how the company trains its groomers should be public and transparent, so pet owners can make informed decisions about with whom they entrust their dogs and cats.

“Just because somebody went through six hours of pet grooming training, are they really up to the task?”

Ross says reliving the experience in the days since the former employees were charged on May 7 has been difficult, but she wants something to come out of her experience so that people are aware and protected.

“This is a void. For me, Kobe was like family,” Ross said.

The four former employees are facing multiple charges, including a charge of felony animal cruelty. 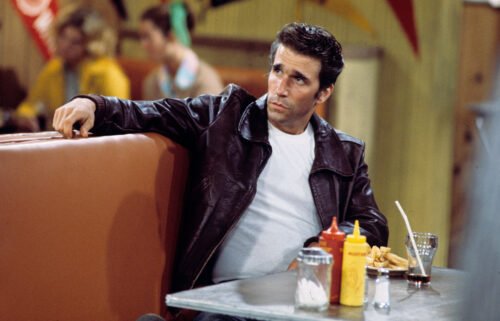