Here’s a look at the Taliban, a Sunni Islamist organization operating primarily in Afghanistan and Pakistan.

Reclusive leader Mullah Mohammed Omar led the Taliban from the mid-1990s until his death in 2013.

Taliban, in Pashto, is the plural of Talib, which means student.

Most members are Pashtun, the largest ethnic group in Afghanistan.

The exact number of Taliban forces is unknown.

The group’s aim is to impose its interpretation of Islamic law on Afghanistan and remove foreign influence from the country.

1989-1993 – After the Soviet Union withdraws, fighting among the mujahedeen leads to chaos.

1994 – The Taliban are formed, comprised mostly of students and led by Omar.

November 1994 – The Taliban seize the city of Kandahar.

September 1996 – The capital, Kabul, falls to the Taliban.

1996-2001 – The group imposes strict Islamic laws on the Afghan people. Women must wear head-to-toe coverings, are not allowed to attend school or work outside the home and are forbidden to travel alone. Television, music and non-Islamic holidays are also banned.

1997 – The Taliban issue an edict renaming Afghanistan the Islamic Emirate of Afghanistan. The country is only officially recognized by three countries: Pakistan, Saudi Arabia and the United Arab Emirates.

1997- Omar forges a relationship with Osama bin Laden, who then moves his base of operations to Kandahar.

August 1998 – The Taliban capture the strategic city of Mazar-e-Sharif, gaining control of about 90% of Afghanistan.

October 7, 2001 – Less than a month after terrorists linked to al Qaeda carried out the 9/11 attacks, American and allied forces begin an invasion of Afghanistan called Operation Enduring Freedom, to stop the Taliban from providing a safe-haven to al Qaeda and to stop al Qaeda’s use of Afghanistan as a base of operations for terrorist activities.

December 7, 2001 – The Taliban lose its last major stronghold as the city of Kandahar falls.

October 21, 2008 – Foreign Minister Saud al-Faisal confirms that Saudi Arabia hosted talks between Afghan officials and the Taliban in September. It is reported that no agreements were made.

April 25, 2011 – Hundreds of prisoners escape from a prison in Kandahar by crawling through a tunnel. The Taliban take responsibility for the escape and claim that 541 prisoners escaped, while the NATO-led International Security Assistance Force says the number is 470.

September 10, 2011 – Two Afghan civilians are killed, and 77 US troops are wounded in a truck bombing at the entrance of Combat Outpost Sayed Abad, an ISAF base in Afghanistan’s Wardak province. The Taliban claim responsibility.

September 13, 2011 – Taliban militants open fire on the US embassy and ISAF headquarters in central Kabul. Three police officers and one civilian are killed.

February 27, 2012 – The Taliban claim responsibility for a suicide bombing near the front gate of the ISAF base at the Jalalabad airport in Afghanistan. At least nine people are killed and 12 are wounded in the explosion. The Taliban say the bombing is in retaliation for the burning of Qurans by NATO troops.

June 18, 2013 – An official political office of the Taliban opens in Doha, Qatar’s capital city. The Taliban claim they hope to improve relations with other countries and head toward a peaceful solution in Afghanistan.

September 21, 2013 – A Pakistani official announces that Mullah Abdul Ghani Baradar, one of the founding members of the Taliban, has been released from prison. Baradar had been captured in Karachi, Pakistan, in 2010.

May 31, 2014 – The United States transfer five Guantánamo Bay detainees to Qatar in exchange for the release of US Army Sgt. Bowe Bergdahl. It is believed Bergdahl was being held by the Taliban and the al Qaeda-aligned Haqqani network in Pakistan. The detainees released are Khair Ulla Said Wali Khairkhwa, Mullah Mohammad Fazl, Mullah Norullah Nori, Abdul Haq Wasiq and Mohammad Nabi Omari.

July 29, 2015 – An Afghan government spokesman says in a news release that Taliban leader Omar died in April 2013 in Pakistan, citing “credible information.” A spokesman for Afghanistan’s intelligence service tells CNN that Omar died in a hospital in Karachi at that time.

September 28, 2015 – Taliban insurgents seize the main roundabout in the Afghan provincial capital of Kunduz, then free more than 500 inmates at the prison.

May 21, 2016 – Taliban leader Mullah Akhtar Mohammad Mansour is killed in an airstrike in Pakistan.

May 25, 2016 – The Taliban name Mawlawi Haibatullah Akhundzada as their new leader. He is a senior religious cleric from the Taliban’s founding generation.

January 25, 2017 – The Taliban release an open letter to newly elected US President Donald Trump. The letter calls on Trump to withdraw US forces from Afghanistan.

February 11, 2017 – The Taliban claim responsibility for a car bomb blast that kills at least eight people in Lashkar Gah, the capital of Helmand province, Afghanistan.

April 21, 2017 – The Taliban attack a northern army base in Afghanistan, killing or wounding more than 100 people.

July 25, 2017 – CNN reports it has exclusive videos that suggest the Taliban have received improved weaponry in Afghanistan that appears to have been supplied by the Russian government. Moscow categorically denies arming the Taliban.

January 27, 2018 – An attacker driving an ambulance packed with explosives detonates them in Kabul, killing 95 people and injuring 191 others, Afghan officials say. The Taliban claim responsibility.

February 28, 2018 – Afghan President Ashraf Ghani says the government is willing to recognize the Taliban as a legitimate political party as part of a potential ceasefire agreement.

April 12, 2018 – At least 14 people, including a district governor, are killed and at least five are injured in a Taliban attack in Afghanistan’s southeastern Ghazni province.

May 30, 2018 – US military officials say that American troops killed “dozens” of Taliban leaders when a US artillery barrage struck a meeting of insurgent commanders on May 24.

June 7, 2018 – In a video message, Ghani announces that Afghan forces have agreed to a ceasefire with the Taliban between June 12 and June 21. The proposed truce coincides with the holiday of Eid al-Fitr, the period during which Muslims celebrate the end of Ramadan, the Islamic holy month of fasting.

June 9, 2018 – Taliban fighters kill 17 Afghan police officers in an attack on a police base before dawn, just hours before the militant group calls for a three-day ceasefire.

June 15-17, 2018 – The three-day ceasefire between the Taliban, Afghan forces and the NATO-led coalition is marred by two deadly attacks. ISIS, which did not participate in the truce, claims responsibility for a suicide bombing in the Nangarhar province that kills at least 25 people, including Taliban members and civilians. A second suicide bombing is carried out near the Nangarhar governor’s compound, killing at least 18 people and injuring at least 49. There is no immediate claim of responsibility for the second attack.

July 25, 2018 – The Wall Street Journal reports that American diplomats recently met with representatives of the Taliban in Qatar.

August 10, 2018 – The Taliban launch an attack on the strategic Afghan city of Ghazni, south of the capital Kabul, seizing key buildings and trading fire with security forces. At least 16 people are killed and 40 are injured, most are Afghan security forces.

October 13, 2018 – The Taliban issue a statement announcing that the group met with the US envoy for Afghanistan, Zalmay Khalilzad, to discuss the conflict in Afghanistan. The United States does not confirm that the meeting occurred.

November 9, 2018 – In Moscow, Taliban representatives participate in talks with diplomats from Russia, Pakistan, India and other countries, as well as officials from the Afghan government. The United States sends a diplomat from its embassy in Moscow as an observer.

January 22, 2019 – Authorities say at least 12 members of the Afghan military were killed and another 28 injured when the Taliban carried out a suicide attack on a military base in the central province of Maidan Wardak.

January 28, 2019 – Officials from the United States and the Taliban announce they have agreed to a framework that could end the war in Afghanistan. The framework for peace would see the Taliban vow to prevent the country from being used as a hub for terrorism in return for a US military withdrawal. An Afghan source close to the negotiations tells CNN that while a ceasefire and US withdrawal were both discussed, neither side came to final conclusions.

February 5-6, 2019 – Talks are held in Moscow between Taliban leaders and politicians from the government of Afghanistan.

March 12, 2019 – Peace talks between representatives from the United States and the Taliban end without a finalized agreement. Khalilzad, the main American negotiator, says that progress has been made and the talks yielded two draft proposals. Khalilzad says the two sides will meet again soon but does not provide a specific date.

September 7-8, 2019 – Trump announces that Taliban leaders were to travel to the US for secret peace talks over the weekend but that the meeting has been canceled and he has called off peace talks with the militant group entirely. Trump tweets that he scrapped the meeting after the Taliban took credit for an attack in Kabul, Afghanistan, that killed a dozen people, including an American soldier.

November 28, 2019 – On a surprise trip to Afghanistan for a Thanksgiving visit with US troops, Trump announces that peace talks with the Taliban have restarted.

December 7, 2019 – The United States and the Taliban resume peace talks in the Qatari capital of Doha. “On Saturday talks between the Taliban and US started from where they stopped,” Taliban spokesman, Suhail Shaheen says in a tweet.

February 29, 2020 – The United States and the Taliban sign a historic agreement which sets into motion the potential of a full withdrawal of US troops from Afghanistan. The “Agreement for Bringing Peace to Afghanistan” outlines a series of commitments from the US and the Taliban related to troop levels, counterterrorism, and the intra-Afghan dialogue aimed at bringing about “a permanent and comprehensive ceasefire.”

April 30, 2020 – In the month following the signing of the Trump administration’s peace deal with the Taliban, the insurgent group increased its attacks on America’s Afghan allies to higher than usual levels, according to data provided to the Pentagon’s Special Inspector General for Afghanistan Reconstruction.

August 9, 2020 – Afghanistan’s grand assembly of elders, the consultative Loya Jirga, passes a resolution calling for the release of the last batch of some 5,000 Taliban prisoners, paving the way for direct peace talks with the insurgent group to end nearly two decades of war. The release of the 400 prisoners is part of the agreement signed by the US and the Taliban in February.

March 8, 2021 – In a letter from Secretary of State Antony Blinken to President Ghani, the Biden administration proposes to the Afghan government that they enter an interim power-sharing agreement with the Taliban. Blinken also proposed that Afghanistan’s neighbors, including Iran, take on a greater role and warned that the Biden administration continues to review whether to withdraw US troops by a May 1 deadline set under the Trump administration. 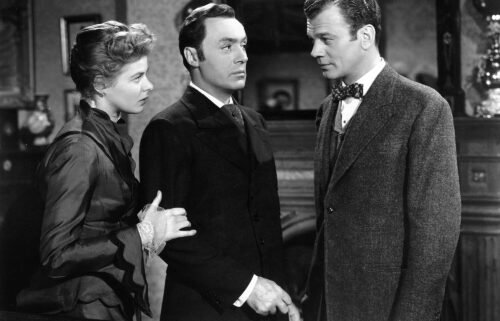 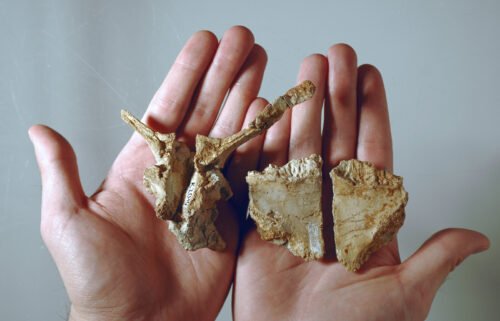 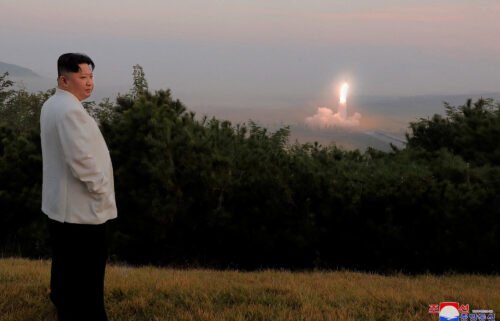 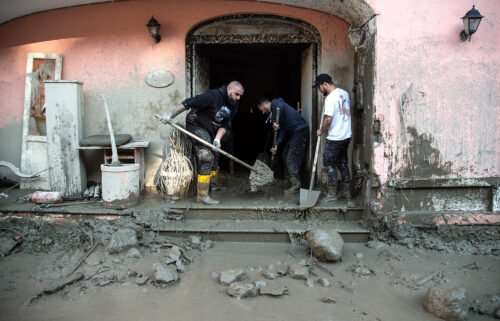