Jamal Khashoggi, a Saudi journalist and a Washington Post columnist, was critical of Saudi Arabia and Crown Prince Mohammed bin Salman’s policies. He was allegedly killed and dismembered on October 2, 2018, in the Saudi consulate in Istanbul by men with close ties to the highest levels of the Saudi government and bin Salman.

Although the CIA has concluded that the crown prince personally ordered Khashoggi’s murder, US President Donald Trump has signaled he will not take strong action against Saudi Arabia, a key US ally, or its crown prince, despite pressure at home and internationally.

Marriage: Rawia al-Tunisi; at least one other previous marriage

Khashoggi is pronounced kha-SHOOG-jee (with a soft J) or kha-SHOOK-jee (Both are correct.)

Known for his interviews with Osama bin Laden, mastermind of the September 11 terror attacks, during the late 1980s and early 1990s.

His cousin was Dodi Fayed, the Egyptian film producer and boyfriend of Princess Diana. Fayed and Diana were killed in a car accident in Paris in 1997.

Khashoggi’s uncle was billionaire arms dealer Adnan Khashoggi, who played a part in the Iran-Contra scandal.

2003 – Editor of Al Watan daily for two months but is fired after publishing critiques of the conservative Wahhabi religious establishment in Saudi Arabia.

2003-2007 – Serves as media adviser to Prince Turki al Faisal, Saudi ambassador to the United Kingdom, and then to the United States.

February 1, 2015 – Al-Arab launches out of Manama, Bahrain. The government orders it to be shut down after less than 11 hours on the air, following an interview with an opposition leader.

Late 2016 – According to Khashoggi, the Saudi government banned him from Twitter and pressured Al-Hayat to cancel his column, after he warns against supporting Trump.

September 2017 – After leaving Saudi Arabia and settling in McLean, Virginia, Khashoggi becomes a contributing columnist with the Washington Post. In his first column, he explains that he and several others had gone into self-imposed exile because they feared being arrested in Saudi Arabia.

October 2, 2018 – Enters the Saudi consulate in Istanbul to obtain paperwork from Saudi Arabia that would allow him to marry fiancée Hatice Cengiz. This is the last time he is seen in public. Cengiz raises alarms after he does not emerge several hours later and Reuters reports on his absence.

October 3, 2018 – Turkish officials report Khashoggi is still inside the consulate but the Saudi government asserts that he left the consulate after his visit. Bin Salman says in an interview that he will allow Turkey to search the consulate, as “we have nothing to hide.”

October 9, 2018 – A senior Turkish official claims that the highest levels of the royal court in Saudi Arabia ordered the murder of Khashoggi. The next day, a Saudi official says the kingdom “categorically” denies “any involvement in Jamal’s disappearance.”

October 11, 2018 – The Washington Post first reports that the Turkish government notified US officials that it is in possession of audio and video recordings proving that Khashoggi was killed in the consulate.

October 15, 2018 – Turkish officials are granted access to search the consulate; no news of evidence is released. After a phone call in which King Salman offered a “flat denial” of involvement, Trump suggests that “rogue killers” could be behind Khashoggi’s disappearance.

October 22, 2018 – Surveillance footage is released that shows a member of the 15-man team suspected Khashoggi’s death, dressed up in Khashoggi’s clothes and moving around Istanbul on the day the journalist was killed, according to a senior Turkish official.

October 25, 2018 – The killing of the Khashoggi was premeditated, Saudi Arabia’s attorney general says, in what marks a further significant shift in the Saudi version of events.

November 15, 2018 – The Saudi Public Prosecutor’s office release additional details of Khashoggi’s death. Following a physical altercation, he was injected with a lethal dose of a sedative. His body was then dismembered, according to Saudi prosecutors. A total of 11 people have been charged, five are facing capital punishment for their direct involvement in “ordering and executing the crime.” The same day, the United States announces sanctions against 17 Saudi government officials, not including bin Salman. Later, Canada, France and the UK follow suit.

November 20, 2018 – In a statement discussing controversies surrounding bin Salman and Khashoggi’s death, Trump says, “Our intelligence agencies continue to assess all information, but it could very well be that the Crown Prince had knowledge of this tragic event — maybe he did and maybe he didn’t!”

December 9, 2018 – According to a source briefed on the investigation, Khashoggi’s last words were “I can’t breathe.” The source, who has read a translated transcript of an audio recording of Khashoggi’s last moments, said it was clear that the killing on October 2 was not a botched rendition attempt but the execution of a premeditated plan to murder the journalist.

December 11, 2018 – Time magazine chooses “The Guardians,” a group of journalists that includes Khashoggi, as its Person of the Year.

December 13, 2018 – The US Senate passes a resolution condemning bin Salman for Khashoggi’s murder, but the Trump administration steers clear of assigning blame.

January 14, 2019 – US Secretary of State Mike Pompeo tells the Saudi king and crown prince that Khashoggi’s killers must “be held accountable.” While on a Middle East tour stop in Riyadh, Pompeo says he discussed human rights and “the investigative process and the judicial process” of the killing of Khashoggi with the king and crown prince.

June 19, 2019 – A United Nations investigator releases a report that says there is credible evidence the crown prince bears responsibility for Khashoggi’s death. The foreign minister for Saudi Arabia later says the report is “flawed.”

September 29, 2019 – CBS airs an episode of “60 Minutes” featuring an interview with bin Salman. During the interview, the crown prince denies that he had personal involvement in Khashoggi’s death but says he takes responsibility for the tragedy as a Saudi leader.

October 1, 2019 – CNN obtains a petition from two Washington lawyers calling on a prosecutor from the International Criminal Court to push for an investigation into bin Salman’s alleged role in Khashoggi’s death.

May 22, 2020 – The children of Khashoggi publicly forgive their father’s killers, sparing five government agents the death penalty. According to Saudi law, a pardon from a family member of a murder victim serves as a legal reprieve.

September 7, 2020 – Saudi Arabia issues “final verdicts” against eight suspects in the murder of Khashoggi, according to the state-run Saudi Press Agency, citing a public prosecutor spokesman. Five of the defendants who were spared the death penalty are sentenced to 20 years in prison, one defendant is handed a sentence of 10 years, and the two others face seven years in prison. Agnes Callamard, the UN Special Rapporteur for Extrajudicial Killings who lead an independent investigation into the murder, calls the verdicts a “parody of justice.”

February 26, 2021 – A declassified US intelligence report is released that says the crown prince approved the operation to capture or kill Khashoggi. 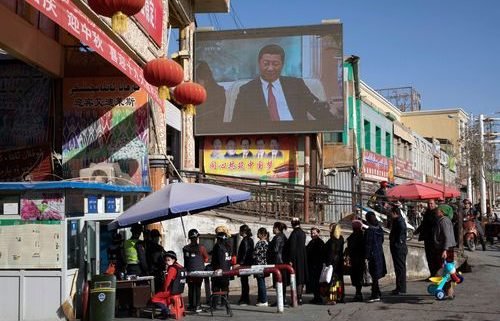