SSM Health is in negotiations to sell its Jefferson City hospital.

SSM said in a news release Tuesday that it is in talks with Quorum Health Corporation for the sale of St. Mary's Hospital and its community medical group practices.

The organizations have signed a letter of intent to negotiate exclusively with each other. They hope to come in an agreement in the second quarter of 2021, SSM said.

“We have the best interests of our employees, providers and the community at heart, and we are confident that Quorum Health is a strong partner for continuing and deepening service to all," SSM Regional President Mike Baumgartner said in the release.

Tennessee based Quorum Health has 22 affiliated hospitals across the country and specialized in operating hospitals outside urban areas. The company filed for Chapter 11 bankruptcy in April and emerged in July.

SSM is owned by the Catholic Church. Bishop Shawn McKnight of the Jefferson City Diocese said it is essential the negotiations "honor not just the history of Catholic health care in the area, but its continuation, according to a diocese news release.

A Quorum spokeswoman said while the company is not a Catholic organizations, it shares SSM's values when it comes to patient care.

St. Mary's is not the only hospital in Mid-Missouri SSM hopes to sell. The company said in July that it was in talks with Noble Health to sell its hospital in Audrain County. An SSM spokeswoman said Tuesday those negotiations are ongoing.

SSM has looked into deals for its interests in Mid-Missouri over the past few years. In 2018 it explored selling its hospitals to University of Missouri Health Care. Last year SSM sold its home care and hospice operations in Mexico and Jefferson City.

Baumgartner has said SSM is pursuing these sales to ensure quality health care will remain in Mid-Missouri. 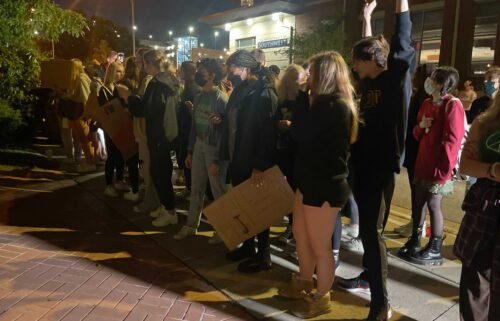