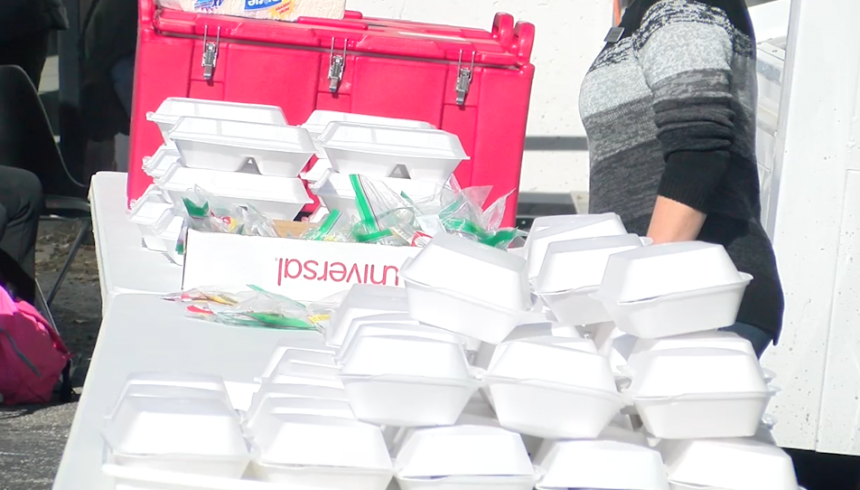 Several Jefferson City organizations came together Friday to offer help for the homeless at the Salvation Army.

More than 10 organizations were part of Project Homeless Connect, now in its sixth year in Jefferson City.

The Salvation Army Thrift Store offered vouchers. Schnucks and CVS Pharmacy, an eye doctor and the Cole County Health Department were among the organizations providing services.

The organizations also offer assistance in obtaining birth certificates and ID's to help people get a job.

Planning committee member Karen Taylor said that the group had to scale back efforts considerably because of COVID-19.

Taylor said the event usually lasts four hours, but that time was cut in half this year.

The event also typically sees a turnout of about 150 to 200 people. Taylor said she expects the turnout to be smaller this year.

ABC 17 News observed around 20 to 30 people in attendance.

Masks were required at the event. People seeking services are also pre-screened before entering. Medical providers would typically provide their service on-site, but this time they're making appointments instead.

Project Homeless Connect also hands out backpacks with many essentials inside. They include items such as a first aid kit, a blanket, socks and toiletries.

The group is also providing vouchers for clothing, which Taylor said is new this year.

Project Homeless Connect usually has a store for people to shop for clothing that was nixed for the scaled-down event.

"There's a definite need in our community, homelessness is still prevalent and it's a need we're working to address," Taylor said.

Taylor said the homeless shelter has been near capacity of late, but that has also been because it isn't able to hold as many people.