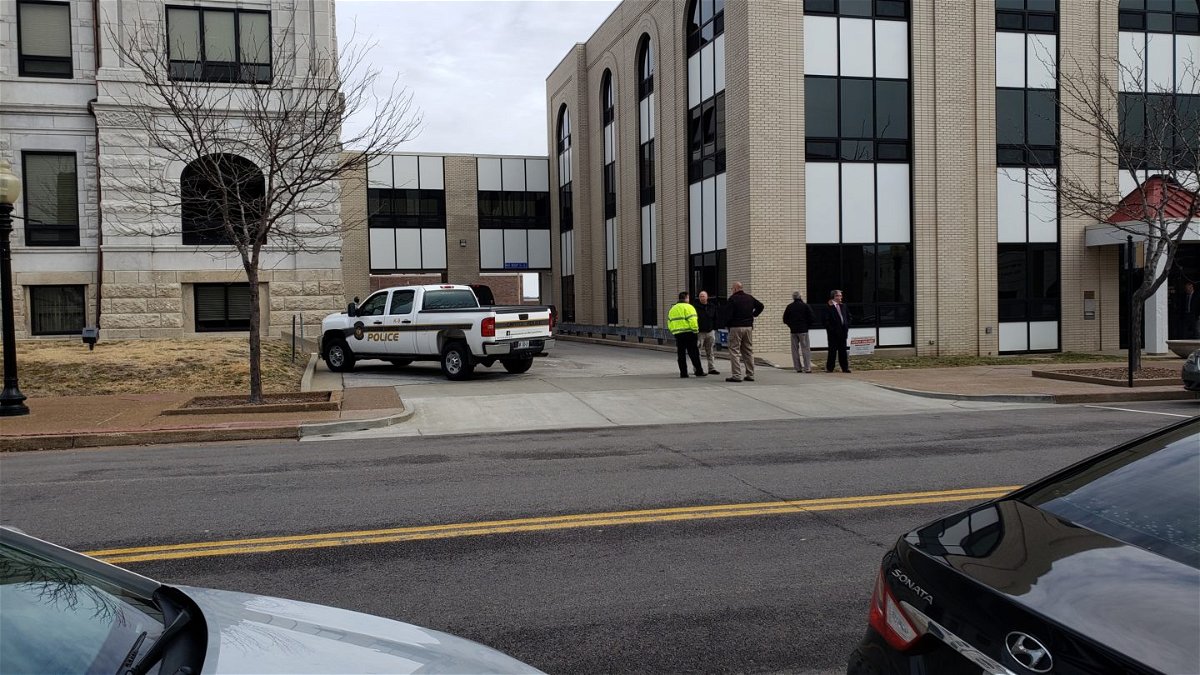 Authorities believe they know who made a bomb threat that caused the evacuation Tuesday of the Cole County Courthouse.

Cole County Sheriff John Wheeler said Tuesday afternoon that authorities have a suspect identified but did not release the suspect's name.

Emergency officials evacuated the courthouse Tuesday morning after the threat came in.

Playback of an update from the scene is available in the player below.

President Commissioner Sam Bushman said the courthouse building and the annex where county offices are located were evacuated after the threat came in. Wheeler declined to say how the threat was made or reported to Cole County officials, who evacuated the building out of precaution.

Wheeler said the threat was reported to his office at 9:45 a.m. He declined to share other details citing the pending investigation.

A news conference with Sheriff John Wheeler is available in the player below.

Two Missouri Capitol Police dog teams checked the building for any evidence of explosives but found nothing.

Several people including officers from multiple police departments were standing outside the building, as were workers with offices in the courthouse and annex.

Around 11 a.m., law enforcement designated the building was clear of any danger.

Per Missouri law, a person can be charged with first-degree making a terrorist threat if the threat is made, "with the purpose of frightening ten or more people or causing the evacuation, quarantine or closure of any portion of a building, inhabitable structure, place of assembly or facility of transportation."

A representative from the Missouri Attorney General's Office and Cole County Prosecutor Locke Thompson told ABC 17 News Tuesday that they were not aware of any increased charge or punishment for a threat made specifically against a government building.