A former Missouri State Highway Patrol trooper will walk away with more than $100,000 in back pay after ending his lawsuits against the state.

Attorneys for Anthony Piercy filed requests to dismiss three lawsuits against the state dealing with his firing and revocation of his peace officer's license. State authorities took action after Piercy pleaded guilty to negligent operation of a vessel in 2017 for the drowning of Brandon Ellingson at the Lake of the Ozarks.

Piercy sued the Highway Patrol after then-Colonel Sandra Karsten bucked the recommendation of a panel to reassign Piercy out of mid-Missouri and fired him. Cole County Judge Patricia Joyce ruled that Karsten could not fire Piercy based on the recommendation given, and ordered Piercy be reinstated, punished and given back pay for the time missed.

State records show that Piercy was paid $126,217.83 this fiscal year, which began in July. The Attorney General's Office confirmed the payment was tied to Piercy dropping his lawsuits.

The dismissal also means Piercy's peace officer's license remains revoked. The Department of Public Safety revoked it in May and Piercy challenged the decision shortly after that.

Piercy's attorney Tim Van Ronzelen did not respond to multiple requests seeking comment on the dismissals.

Ellingson drowned when he went overboard from Piercy's patrol boat while handcuffed. Piercy put the wrong type of life jacket on Ellingson when transporting him back to shore on suspicion of boating while intoxicated. The life jacket came off when Ellingson hit the water and Piercy was unable to get him back onto the boat.

A special prosecutor charged Piercy with involuntary manslaughter in 2015, nearly a year after the drowning, but pleaded guilty to the lesser misdemeanor in 2017. Judge Roger Prokes sentenced him to 10 days in jail and two years of probation.

The state settled a federal lawsuit with Ellingson's family for $9 million in 2016. 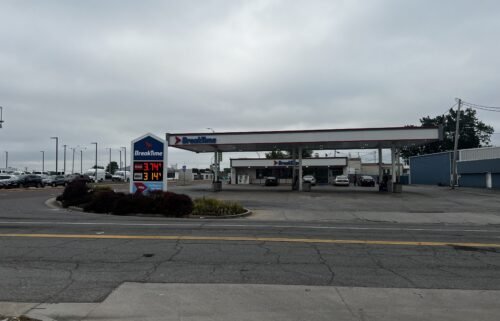