More than half of rural residents in the US have received a Covid-19 vaccine or plan to, but one in five still say they will definitely not get vaccinated, according to an analysis released Friday by the Kaiser Family Foundation.

KFF researchers surveyed 1,001 adults living in rural America and found that 54% said they have received a Covid-19 vaccine or plan to.

One in five rural residents said they definitely won’t get vaccinated. About 73% of these respondents lean Republican and 41% identify as White Evangelical Christians.

“There’s nothing inherently unique about living in a rural area that makes people balk at getting vaccinated,” KFF President and CEO Drew Altman said in a statement. “It’s just that rural areas have a larger share of people in the most vaccine-resistant groups: Republicans and White Evangelical Christians.”

The report suggests that access to vaccines is not the major problem for rural communities. About 11% of the rural residents surveyed who have yet to receive a vaccine said they have tried to get an appointment, compared to 21% of those in urban areas and 22% in suburban areas. About 68% of rural residents said there are enough vaccine sites in their area, compared to 52% of urban and 55% of suburban residents.

The KFF team did note a gap in access among Black rural residents. Black respondents were less likely than their White or Hispanic counterparts to report adequate supply of vaccine or vaccine sites in their communities.

“You’ve got to have vaccination sites there in those small towns, because there’s no way they’re going to get people to take a day off work, to get on a commuter bus to drive an hour to a site.”

The researchers expressed concern that the large number of rural residents who say they are set on not getting vaccinated could mean that rural communities will lag behind the rest of the population in vaccination coverage.

Morgan said that while the number of rural residents who have already been vaccinated is cause for hope, he is also concerned.

“I’m concerned, because at the heart of this you’ve got a population that’s most at risk, with the highest chronic health issues, communities that’ve been slow to adopt public health measures and at the finish line, we have a vaccine hesitancy concern,” he said. “There’s a lot of headwinds here.”

While the KFF researchers say there was no message that was effective across the board at swaying those who say they will definitely not get vaccinated, those who plan to “wait and see” whether they want to get the shot appear to be more open to messaging and education.

Morgan said their members have observed that “wait and see” group come around in real-time.

“I just keep hearing the same thing,” he said. “Once people in the community get it, they see that there’s no adverse reactions, then they join.”

NRHA is surveying its own members to get a sense of vaccine uptake among rural health care workers — a group Morgan views as being critical to addressing vaccine hesitancy in these communities.

“Let’s be honest, if your own doctor or nurse doesn’t want to take the vaccine, there’s no national campaign that’s going to overcome that,” he said. “It takes local leadership.” 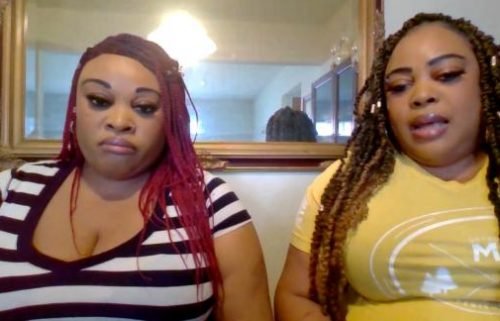