Both sides in the Joseph Elledge murder trial put their final touches on the case before a Boone County jury gathers.

The case is set to move forward on Monday with jury selection at the Boone County courthouse. The court will choose from 100 people on Monday morning to serve on the jury for a trial that could last two to three weeks.

Judge Brouck Jacobs denied a request from defense attorney Scott Rosenblum to question individual jurors about what they have heard or know about the case. Rosenblum said the case has received considerable media attention, and wanted to figure out what specifically jurors know about the case through those sources.

Boone County Prosecutor Dan Knight said he expected more than 85 percent of the jury pool to have heard something about it. He said each side could ask jurors if they have heard about the case and if they can set that aside to judge the case only on what's presented in court.

Jacobs and both attorneys will get a chance to ask the jury pool several questions, including what they know about the case and their availability to serve on the jury. Boone County court administrator Cindy Garrett said the court pays the jury pool six dollars for the day of jury selection. Jurors selected are paid $21 for every day they serve. Everyone called for the jury pool is also paid based on their mileage traveled to court.

If the court isn't able to pick a jury on Monday, the court will call a second group of 75 potential jurors on Tuesday.

Jacobs also denied Rosenblum and Matei Stroescu's request to keep some statements Elledge made to police out of the case. Columbia police detectives spoke with Elledge on Oct. 14 and 15 of 2019 about Ji's disappearance. Stroescu argued that police did not tell Elledge he did not have to speak with them.

Former police detective Allen Mitchell testified that he and detective John Voss first spoke with Elledge on Oct. 14, 2019 at his apartment. Voss asked him to come to the police station the next day, which Elledge agreed to do. Elledge allegedly spoke with police for three hours on Oct. 15, with Voss asking pointed questions on whether or not Elledge killed Ji. Stroescu pointed out that police never read him his Miranda rights, but Knight argued Elledge was always free to leave if he wanted.

A judge decided Thursday to allow expert testimony from plant and soil scientists. The defense questioned the methods scientists had used to match soil found on Elledge's boots to soil found at the site where police found Ji's body, saying there was no way to determine the error rate of the analysis. 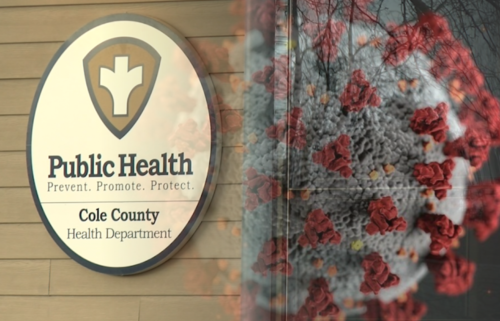