A former Cole County prosecutor said Wednesday that getting a conviction against a law enforcement officer is "immensely difficult."

"It's not common to have convictions of law enforcement without some pretty damning evidence," Bill Tackett said.

Prosecutors this week charged Columbia Police Department Officer Andria Heese with involuntary manslaughter in the death of 4-year-old Gabriella Curry. Charging documents made public Tuesday allege Heese was acting recklessly when she ran over the child.

Heese hit and killed Curry on Jan. 4 in her patrol vehicle. According to crash reports, the officer was trying to park on the sidewalk at Battle High School so she could watch students load onto school buses.

According to court documents, multiple witnesses say and security footage show Heese getting out of her vehicle, preforming CPR on the child and calling for help.

Heese complaint and probable cause statementDownload

The Missouri State Highway Patrol investigated the crash before handing its findings over to Camden County Prosecuting Attorney Heather Miller, who filed the manslaughter charge. Tackett says a judge will likely be appointed from outside of Boone County as well.

"All of this circuit will recuse themselves because they've all dealt with CPD," Tackett said. "You'll have a different judge, a different jury."

If the case makes it to trial, that could come with more issues for the prosecution, Tackett said.

"The jury selection would be extremely time-consuming because you're talking about prosecuting a police officer who, at least publicly, has shown a tremendous amount of remorse," Tackett said.

The complaint against Heese says she ran the girl over "after entering an area typically used by pedestrians at a speed and coming from an angle which prevented her from avoiding" Curry.

Miller on Tuesday declined to elaborate on why Heese's actions were reckless, citing the ongoing prosecution.

Missouri statutes define acting recklessly as when a person "consciously disregards a substantial and unjustifiable risk that circumstances exist or that a result will follow, and such disregard constitutes a gross deviation from the standard of care which a reasonable person would exercise in the situation."

"They would be trying to determine whether it was just an accident, or if there was something reckless that occurred and that's a steep hill to climb," Tackett said.

Involuntary manslaughter carries a maximum sentence of 10 years in prison. Heese could receive probation if found guilty of the crime.

Heese's attorney, Donald Weaver, declined to comment for this story.

City of Columbia spokesman Steve Sapp deferred questions about whether Heese had been arrested or made arrangements to turn herself in to the Missouri State Highway Patrol and the special prosecutor. Online court records show she has a $5,000 bond and that Weaver filed an entry of appearance on Tuesday.

Check back or watch ABC 17 News at 5 for more on this developing story. 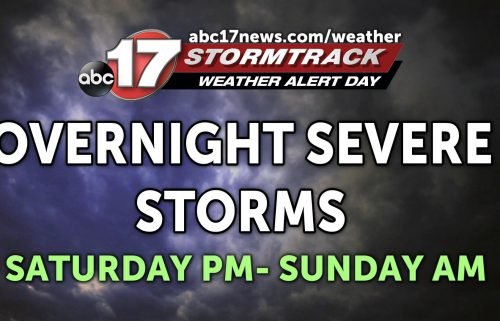