The Food and Drug Administration has authorized an extension of the shelf life of Johnson & Johnson vaccines, from three months to four and a half months.

This means the doses that local health departments said would expire by the end of June now have until August.

The Columbia/Boone County Department of Public Health and Human Services reported 55 extra doses of Johnson & Johnson vaccines that were originally set to expire on June 23. Now, health officials have an extra month and a half to use the doses.

Boone County also just received 600 doses of reallocated Pfizer vaccines, which are set to expire on June 30, and that expiration date has not changed.

Both health departments had planned to use up the extra doses before the original expiration date at community vaccination sites.

However, even with this change in expiration time, no shipments of Johnson & Johnson's coronavirus vaccine have gone out from the federal government in several weeks, due to the one-shot vaccine being in short supply.

The facility has struggled with contamination problems and hasn't produced a single usable dose of Johnson & Johnson as it awaits regulatory approval from the FDA.

According to Missouri's vaccine dashboard 42.7% of Missourians have received at least one dose of the vaccine. 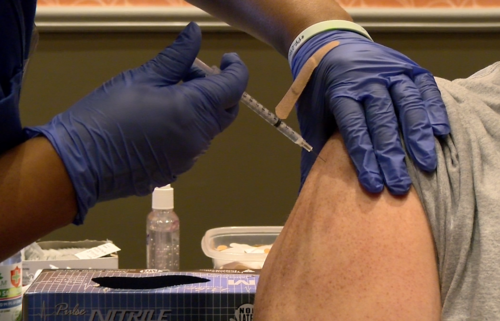