Agencies such as the Salvation Army and United Way of Central Missouri are hitting a wall when it comes to providing financial and shelter assistance.

According to representatives from both agencies, the demand for help in the first half of the year has put them in a tough position in these winter months.

"When you know that there are limited resources and more people needing them, than what you have it is a very troubling situation," said Ann Bax, the President of United Way of Central Missouri.

The Salvation Army in Jefferson City, which usually offers over 30 cots for people to sleep in during the winter months is now having to cut that number in half because of COVID-19 precautions.

"We just don't quite feel comfortable having a lot of people in the facility right now," said Brian Vogeler, the director for the Salvation Army Center of Hope. "Also, Cole County has some guidelines that we need to be following too."

The Salvation Army does offer a one time $200 assistance stipend for rent or utilities but with more demand, Vogeler says the funds are running out faster, making the first come first serve nature of the program more competitive.

"We are doing our best with what we can but we have limitations which unfortunately doesn't allow us to do all the services that we'd like to do," Vogeler said.

He says in the past few days he's even had people from other states looking for financial help and he's realizing the need for assistance this year has made the Salvation Army's mission stronger.

Both agencies are asking private donors to lend a helping hand this winter.

Some forms of help are still available for people in need.

The city of Columbia put together a list of warming centers available to the general public during each building’s normal business hours.

The public is allowed access to public areas such as lobbies, restrooms, drinking fountains, etc.

In the event of a National Weather Service forecast for temperatures 9 degrees or below between the hours of 7 p.m. and 7 a.m. of a given day, the city of Columbia will open a temporary overnight warming center from 7 p.m. to 6 a.m.

Jefferson City also has a list for warming centers including:

The city of Columbia is offering utility assistance for those who need a little help during the winter as well.

The Division of Human Services is responsible for determining eligibility for two lottery programs to assist Boone County residents with paying their utility bills.

Columbia offers assistance via the HELP program and the CASH program.

Jefferson City does not offer utility assistance for residents.

Central Missouri Community Action is expected to have a funding opportunity on Dec. 1. 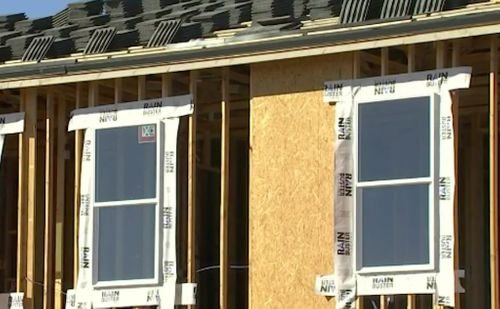