A jury found Joseph Elledge guilty for second-degree murder in the death of his wife Mengqi Ji.

After sentencing, an offender is usually held in the county jail pending transfer to the Missouri Department of Corrections.

Once an offender is in the Missouri of Department of Corrections custody, he or she goes to reception and diagnostic center to determine their specific needs. Including, custody level (minimum, medium or maximum), medical care, mental health and education.

When it comes to custody levels there are factors to be considered.

The crime the offender was convicted guilty of, the length of the sentence and the willingness the offender will have to cooperate with the facility's rules.

Once all assessments are completed the offender will be transferred to one of the 18 adult institutions in the state of Missouri.

Given that Ellege committed a state crime he will serve his sentence in one of those state prisons.

For Elledge to eligible for parole he will have to serve at least 85% of his sentence. 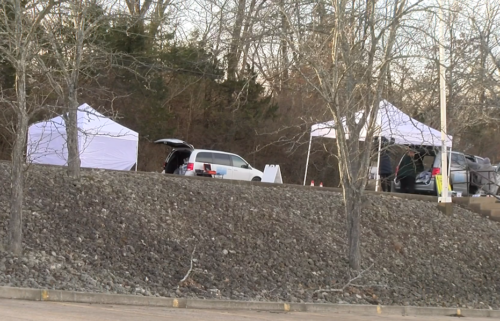