As Columbia continues to struggle to keep trash collector positions filled, a city councilman says the current system is not working and that major changes should be considered.

According to a presentation attached to the Columbia City Council work-session agenda, there are still 12 vacancies in refuse collector positions.

Right now, there are 14 staff available with the license required for curbside collection. The city says 13 drivers are required each day.

The division is considering the following changes to service:

Second Ward Councilman Mike Trapp said the city has issued about $5 in pay raises to refuse collectors to try to keep employees over the past few years.

Trapp said there have been cancellations and other issues with pick-ups, and those are only going to grow if changes are not made

"Our staffing issues have only deteriorated," Trapp said. "We've thrown more money at the problem and that has not solved the problem either."

Trapp said when the issue first came up back in 2015, the city tried to move toward a more automated system which would include roll-carts to contain waste.

Citizens organized a referendum against the idea and voters shot down the roll-cart idea.

Trapp said the city should again consider the use of roll-carts and potentially bring the idea to another vote.

"Everything should be on the table because the status quo is failing right now," Trapp said.

He mentioned many other communities such as Jefferson City use automated systems and roll-carts.

"There are very few people who are doing it in that old-fashioned, dangerous, and unpleasant way that creates a lot of injuries and that you simply can't get people to do anymore," Trapp said.

He thinks voters would approve the change even though it was previously denied.

Third Ward Councilman Karl Skala said he belives roll-carts will eventually make it back into the conversation.

"We're getting to the point that unless we modify some of these collection procedures, we're going to have to cut back on service," Skala said.

He said the idea of roll-carts would require more public discussion before he could make any decision. The other considerations would be the city's budget and interruptions in service.

"Those are the kind of things that you weigh typically when you are trying to make decisions about something as important to a lot of people as trash collection," Skala said. 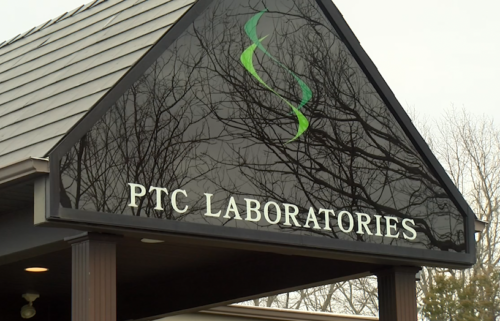