The former associate dean of the University of Missouri School of Medicine wants to change her lawsuit against the school.

Dr. Rachel Brown filed the initial lawsuit in December 2017, seeking to get her job back or for her salary and benefits paid from now until her retirement. Brown, who is white, claimed the school made the decision due to her ideas on how to improve diversity at the school.

Brown filed a motion to amend her lawsuit on Dec. 20.

New court documents said Brown wants to amend the lawsuit because she wants to bring forward information she got through discovery that was "unknown or overlooked" when she first filed.

Brown says new evidence shows top school leaders used private channels to talk about her job rather than public ones. Brown claims their actions violated the Missouri Sunshine act and university policy. Documents said university policy requires all employees to use a university provided or approved e-mail to conduct university business. Brown said she felt leaders did this in order to hide plans to terminate her based on her race and age.

Brown claims that Dr. Laine Young-Walker, the person that eventually replaced her, told leaders to avoid using the University email system "and use private email when discussing Dr. Brown."

Documents also claim former Dean Patrice Delafontaine started ignoring Brown after meeting with the Columbia social equity group Race Matters, Friends in June 28, 2016. The president of the group, Traci Wilson-Kleekamp told ABC 17 News on Monday that they did not discuss Brown's job at that meeting.

According to the motion, Brown felt leaders had a "panicked response" to the unrest on campus during the fall of 2015. She claims the issue of faculty diversity contributed to the climate that encouraged the school's actions against Brown.

The amendment also includes more background about Brown's experience and performance in the role of associate dean for student programs. It also detailed the experience of her replacement, Laine Young-Walker. Brown claims Young-Walker had a lack of knowledge and experience, which resulted in negative consequences for students.

A judge has not set a hearing for the case yet. 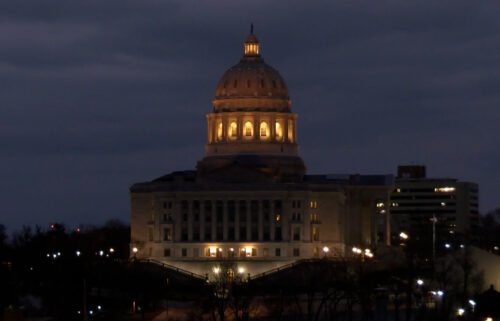