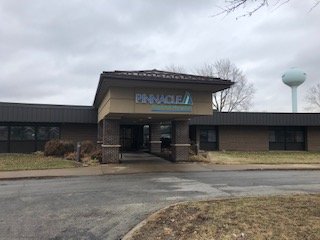 Some Boonville residents are doing their best to find ways to help Pinnacle Regional Hospital patients and employees who were left empty-handed when the hospital closed Wednesday.

In the last 24 hours, Boonville residents started planning job fairs to get those employees back to work.

Many residents are asking what to do and where to go now that the hospital is closed.

"People who have gone there for years and have depended on it," Boonville resident Dianna Jensen said. "If you’re in trouble you can just run there real quick. It’s the security they give you and the security that you know you can get someplace quickly."

Pinnacle announced Wednesday that it would close its Boonville hospital that evening. Company leaders said it would be too expensive to bring the hospital into compliance with state regulations.

The hospital also asked for its license to be suspended for 90 days in case a potential buyer emerged.

Cooper County Commissioner David Booker said the hospital has not been stable for a while.

The closing is a huge loss for Cooper County and Pinnacle employees, Booker said. He said he hopes the doctors relocate to a different facility or use the current facility to stay and help the community.

Booker said having two large hospitals in Columbia -- University Hospital and Boone Hospital Center -- has had a negative impact on Boonville's hospital. So many Cooper County residents work and go to the doctor in Columbia,  making it challenging for the small local hospital to compete, he said.

"I can't see where a hospital in the form that is was can survive in Cooper County," Booker said. "I believe that urgent care that is open later in the evening may serve our purposes better because the history of the hospital has not been such where it's been profitable for quite some time."

Booker said the Cooper County Commission has not received much information from Pinnacle and that the abrupt closing caught everyone by surprise.

Rowden stated he was disappointed in Pinnacle's decision to close the hospital and was outraged by the reports on how the employees were treated.

"Pinnacle ceased surgical operations after the Missouri Department of Health and Senior Services (DHSS) discovered Pinnacle was not sterilizing surgical tools and equipment," Rowden said. "DHSS also found that Pinnacle suspended lab services due to corporate refusal to pay for federally mandated lab proficiency tests. Despite the best efforts of DHSS to work with Pinnacle to keep the hospital open, the company made the decision not to correct critical violations."