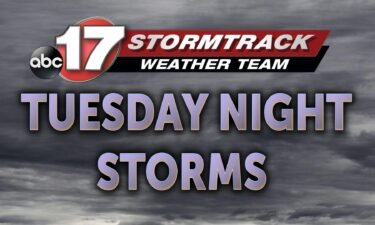 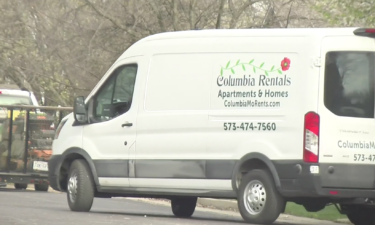 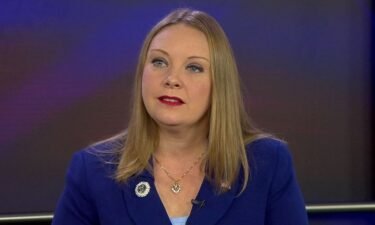 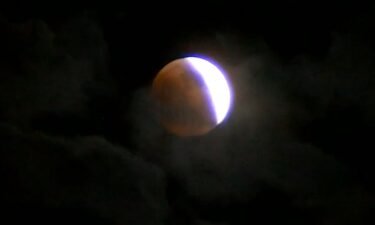 A suspect in four Mid-Missouri homicides left behind several notes about his family and court officials who handled his divorce and child custody case.

The notes come from the death investigation done by the Union County Sheriff's Office in South Dakota. ABC 17 News acquired them through an open records request. McLean killed himself in South Dakota on Sept. 8 as law enforcement from South Dakota and Iowa surrounded him. He was inside a truck he's suspected of stealing from Miller County.

South Dakota deputies found 13 messages written on note cards in a bag McLean had with him. Many of them reference a redacted name believed to be a child from a previous marriage. ABC 17 News edited some of the writing to correct grammatical errors.

"I'm sorry your mom is the way she is," one of the notes reads. "I'm sure she will have her fair share in life. I love you. Always your father, JT."

Four different cards have "I love you" written on them with a redacted name. One report in the investigation notes the redacted name mentioned is the same as the child's name.

Several notes criticize lawyers and the judge that presided over McLean's 2016 divorce in Boone County. At least one note is directly addressed to Judge Leslie Schneider.

"I only want for you and your family and grand kids to [illegible] you gave to my [child] and me," the note reads. "I hope people will see how many peoples lives you have damaged."

ABC 17 News previously reported that deputies found a cord of rope and a rubber strap in the truck. The Boone County Sheriff's Office considered McLean the "one and only suspect" in the August deaths of Allison and Jozee Abitz, according to Capt. Brian Leer. Authorities in Miller County similarly suspected him in the deaths of Pam and Dan Stephan, who were the aunt and uncle of McLean's ex-wife. Leer said the Boone County Sheriff's Office "exceptionally cleared" the Abitz homicide case in October, but would continue to file reports in it if deputies received information.

Union County Deputy Jason Westcott wrote in a Sept. 9 report that he received a call the night before from an officer with the North Sioux City Police Department. The officer said U.S. Marshals had noted McLean was in the area, where his ex-wife and her family were. Westcott said he met with the family that night and helped escort them to nearby Sioux City, Iowa.

Once Westcott reached the border, he wrote that a Boone County deputy called him about OnStar locating the truck McLean took at the Country Inn & Suites in Dakota Dunes. Westcott said the sheriff's office asked for the local task force's help with the case, involving several law enforcement agencies in the Sioux City area.

The team gathered in the parking lot of a nearby church to come up with the plan. Westcott wrote that one team of officers went into the hotel wearing regular clothing to ask if McLean had checked in. When they learned he had not, the agencies decided McLean was still in the parked truck. Westcott wrote that the team tried flying a drone near the truck to see if McLean was inside, but could not get any information from doing so.

While this took place, a family member called Westcott to say that the security cameras at the home they left had suddenly went out. The family member said he did not see anything on the cameras before they shut off, and that the cameras had never behaved like that before. Westcott said he and Sheriff Dan Limoges went to the nearby home to check and see if anyone was there. Westcott said the home was "secure," and the team went back to the church.

Limoges wrote in a report that the team then decided to surround the truck and demand McLean come out. After several attempts to talk to him without a response, Limoges said a member of the team would fire a CS gas canister into the truck. Limoges said once the canister broke through the truck window, he "personally heard what sounded like a pop come from the vehicle." Law enforcement spent a few more minutes around the vehicle before firing a second gas canister into the car.

A drone then confirmed through a video feed that McLean was dead inside the truck.

McLean also had several pages written in a non-English language. The documents do not identify what language they were written in. One of the pages appears handwritten, while the other four appear typed.

Some of the other note cards include McLean theorizing that Jewish people had power over the court system. 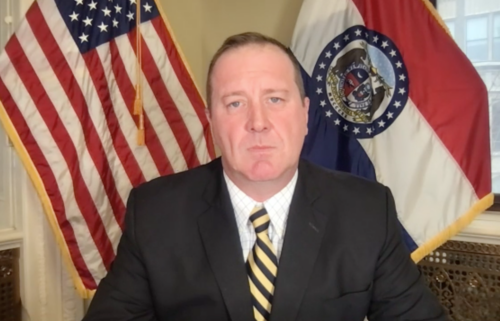