AAA is predicting that in Missouri there will be about 2.2 million travelers total between Christmas and New Year's travel with about 2 million of them driving. Not only are more drivers going to be on the roads, but roadways may not be clear during this time.

ABC 17 Stormtrack Meteorologist John Ross said showers will develop ahead of the next system Friday night, plus overnight, temperatures will fall turning showers into more of a winter mix and snow threat into Saturday.

MoDOT's Machelle Watkins says, "With every storm we have every available snowplow operator working 12-hour shifts until our major roads are mostly clear when our storm ends."

Eric Brown with the Missouri State Highway Patrol said every holiday season, the patrol assigns every available trooper to work over those holiday weekends.

While looking to keep the roads safe, Brown said troopers will be looking for signs of impaired driving.

Not only are risks high while drunk driving, but hungover driving the next day is also a concern.

"There's also an increased risk of driving hungover on New Year's Day. We know that hungover driving has many of the same effects as drowsy driving, you know, maybe you didn't get some sleep, you might have a headache, you're not quite paying attention like you should, and that can lead to an increased risk in vehicle crashes," Chabarria said.

Brown said law enforcement is encouraging citizens to report any suspicious activity. "We encourage the public to call 911 or *55 and report possible impaired drivers. Officers can't be aware all the time and the eyes and ears of the public is a very important tool that we use to help us identify drivers need to be removed from the roadway, especially if they're impaired."

Even for sober drivers, being on the roadway during a heavy drinking holiday can be dangerous. Brown recommends always being aware of your surroundings, drive defensively and put your seat belt on.

Brown says this year, we've seen an increase in fatalities across the state of Missouri. "It's gonna be the first time we've had over 1,000 fatalities since probably about 2006. So far this year for vehicles involved in fatal crashes, 66% of people killed were not wearing a safety device."

Inspecting your vehicle before you hit the road is also recommended, Chabarria said, "the vast majority of vehicles that run into trouble when the weather turns cold and we get that wintry mix is actually dead batteries." Brown also recommends making sure your tires are equipped for the weather.

"Obviously your bridges and overpasses are gonna be the first places to freeze, but be prepared for that if you have to travel," Brown said. "Know what you're encountering and be ready to slow down, increase those falling distances and make good choices while you're driving."

Plus, with staffing issues for MoDOT the roadways could take longer to be cleared.

"One of our biggest challenges this winter is that we're several hundred employees below what we need to cover more than one shift on a statewide basis. What that means is if we have a widespread storm that lasts more than a 12-hour shift, we won't have enough employees to fill all the trucks on that second shift," Watkins said.

According to Chabarria, on New Year's Eve the best time to avoid traffic is before 1 p.m. or after 5 p.m., and the worst time is between 2 and 4 p.m. While there is not expected to be a lot of traffic on New Year's Day, the day after (Jan. 2) Chabarria said 2 to 6 p.m. is likely to be the heaviest traffic so it's advised to leave early in the morning or late in the evening. 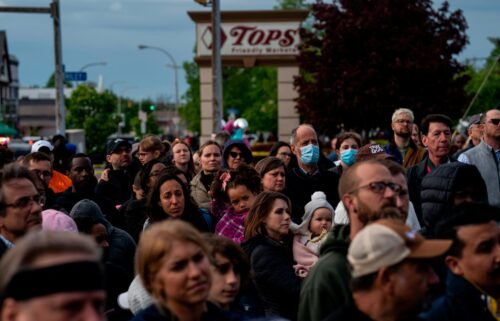