Package thefts are the most common form of theft during the holidays, and this problem has only grown over the past year with more online purchases during the pandemic.

A survey from C+R Research indicated that package thefts sharply rose from 36% to 43% in 2020, with two-thirds of the respondents saying they had their packages stolen more than once.

Captain Brian Leer with the Boone County Sheriff's Office says it's common for them around this time of year to get a call for service where someone says UPS of FedEx says a package has been delivered, but there is no package there.

"People will follow those UPS trucks or FedEx trucks along the route and pick up the packages off the porches," Leer said.

"We really recommend that neighbors get to know each other and look out for packages," Leer said. "If you know you're going to be receiving expensive package either arrange to have a signature required, talk to a neighbor and maybe have them look for it, pick it up or you could even go to the FedEx store or the UPS store and pick the package up yourself rather than taking the risk of having it sent out on the doorstep."

Nakeya Shelton, UPS President, says the supply chain issues are something they have been watching since the beginning of the pandemic, meaning that some package delivery dates may be pushed back because stores are behind on getting supplies.

"The global supply chain bottlenecks have been a challenge for us all, but the good news is UPS is ready to deliver," Shelton said. Shelton assures the holdup is not on the deliverer, when they have a package in hand, they are ready to take it where it needs to go.

For college students or anyone who may be headed out of the area but are still waiting on a package to be delivered, it is recommended to have the deliverer hold the package and have it delivered at a later time.

During this time, Leer encourages anyone with information to report it. "If anybody sees a UPS or FedEx truck pull up and deliver a package and then you see a car pull up, and somebody runs up and grabs a package, that's suspicious and we would ask people to call that in even if you don't know who lives there. That's obviously a suspicious deal," Leer said.

If someone does commit a package theft, Leer says the charges will ultimately depend on the value of the item stolen. "Something minor is a misdemeanor, as something more serious could be a felony, which could end up with prison time associated with it," Leer said.

Leer also says a lot of times these events are reoccurring and people don't just steal one package, they steal several, so then it's an ongoing event. If someone steals many packages, they can look at several different crimes stacked together. 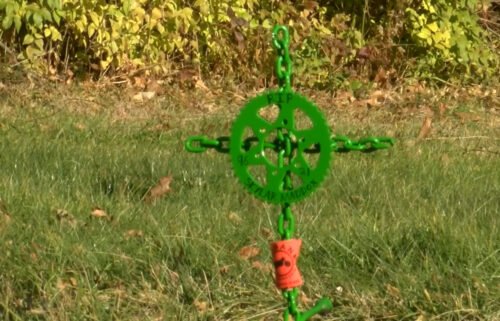