After a recent shooting in Downtown Columbia early Saturday morning, leaders of the area are reassuring the public that additional safety measures are coming to the area.

Nickie Davis with the district downtown said the district paid the city $30,000 earlier this year for new lights to be installed in the area that would turn on automatically to an almost "daylight" style light around the time bars begin to close.

Around 94 new lights will be installed in all parts of the downtown area, specifically in areas that are darker or have heavier foot traffic.

Davis said the last she heard the city was taking the project out to bid.

Sydney Olsen, spokeswoman for the city, says "The project went through the bid process, however, bids came back so much higher than what was budgeted. The City determined it would be more economical to utilize City staff for the project. We are currently in the process of procuring materials."

"Otherwise, we have more downtown cops that are using our substation and our offices here on Tenth St.," Davis said.

Jeff Pitts with the Columbia Police Department says CPD’s 12-hour shifts have the potential to make more officers available to respond to calls downtown and at other locations depending on call volume and intensity.

Davis said this is not unlikely for a shooting to happen in the area around this time of year when the city starts to fill up again.

"The bars and restaurants typically go through with their staff and their bouncers. We do like to introduce them to our cops and make sure that they know them and have their numbers so that they can be readily available," Davis said. 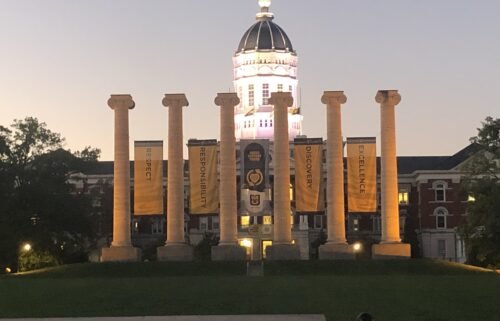