Columbia and Boone County residents had the opportunity to attend a forum online to discuss the Coronavirus vaccine. The Columbia/Boone County Health Department hosted a forum Wednesday night to allow the local Black community to ask questions and discuss barriers.

Studies show that fewer Black residents plan on getting the vaccine when it becomes available to them.

The Missouri Department of Health and Senior Services sent the health department numbers from Feb. 19 about the number of people who have received the vaccine, both first and second doses, in Boone County.

According to the data, only 4.29% of Boone County residents who received the vaccine identified as Black or African American, while 70.26% identified as white.

Mary Ratliff, president of the Columbia NAACP, said the chapter wanted to be sure the local Black community was being fairly educated on how they could get the vaccine.

"So we actually talked to the health department about it and with the city manager and all those individuals and shared with them the importance of making sure that African American folks were included," she said.

Ratliff said some people were contacting the NAACP asking about how they could get the vaccine and how to register. She said a large number of people came together to figure out a way to make sure more people were getting information about the vaccine.

Distrust in the medical field is one reason communities of color are more hesitant to receive things like the Coronavirus vaccine. Instances like the Tuskegee Study where Black men were left untreated for syphilis have added to distrust.

"There's been other places that they've felt like sometimes that we've been guinea pigs, and they didn't want to, and that's why when the vaccine came out they were going, 'No! We're not going to get it at first,'" Ratliff said.

She said she did not want people to wait to see if a new vaccine, like the one from Johnson & Johnson, would be more effective.

"I didn't want them to wait. Plus, waiting means people dying," she said.

Ratliff herself has already gotten the vaccine. She said she wanted to serve as an example that the vaccine was safe for people to get.

"I wanted to be able to say that I took it and it didn't hurt me and I've got some other people, prominent community people, that have taken it," she said.

The forum panel discussed things like distrust and the reality of working in the medical field during the pandemic.

"I can't tell you how many patients I have pronounced with family members on Zoom," Steveny Reddie with Boone Hospital Center said. "When COVID first came around in the ICU many of the patients that I saw were African-Americans. They were all African-Americans and that really hit home for me."

Reddie told people not to wait to get the vaccine if they did not have to.

Questions during the forum ranged from side effects of getting the vaccine, to asking if it is better to only get one shot in the series than no shot at all.

Local health care providers like Dr. Christelle Ilboudo from MU Health Care provided answers. At one point she addressed concerns about how quickly the vaccine was developed. 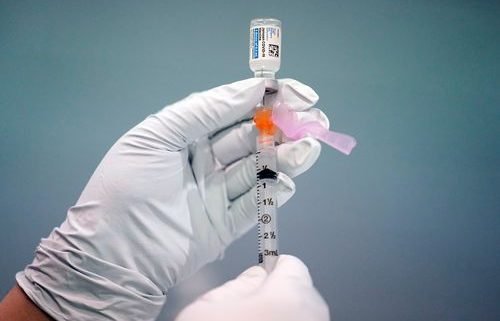