The Board of Education has called a special session meeting on Monday, August 31 at 4:30 p.m. to discuss the return to school in the fall.

This comes after CPS released the 14-day rate of cases per 10,000 in areas served by Columbia Public Schools hit 66.2 as of August 30th.

If the rate gets above 50 CPS said they will move completely online, but no decision has been made yet.

Mary Earnhart, a CPS parent, is concerned with the possibility of returning to school fully online.

"For safety reasons I understand they need to do whats best for the kids," she said. "But if we have to do full online classes its going to be really hard for my son...it's frustrating."

Earnhart does not have internet service where she lives, and is concerned the hotspots won't reach, making it nearly impossible to have school at home.

"Its going to depend on if we are even able to receive the internet service out here when they provide the hotspot, we don't even know if its actually going to work out at our house," she said. "Its going to be really difficult to figure it out."

"The unknown for everyone is hard, but now as we see cases going up it just seems to be clearer and clearer that the path is likely to go virtual," she said.

Steinhoff said even though parents and teachers are frustrated and want to be in-person the safety of students comes first.

"The probable decision to go virtual brings a whole mix of problems, but there is an ease in the back of our minds that right now at least our imminent safety can be put off a little bit longer."

An email to ABC17 from the board said, as of August 28th, the district still remains in the hybrid in-person learning model.

"We want to be transparent with our patrons that positive cases in our community could change the in-person learning mode.  It’s important for the board to meet to discuss where we are and take action if necessary," the email stated.

ABC17 has reached out to CPS Board of Education for a comment but has not received a response yet.

Check back for more on this developing story or watch ABC 17 News at 9 and 10. 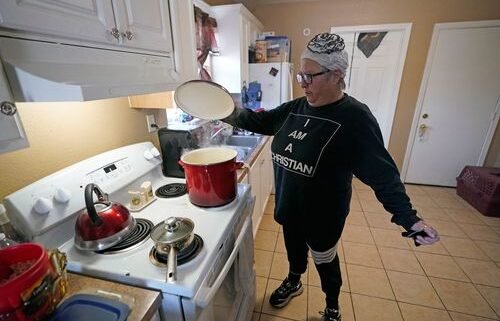