ABC 17 News reported on Monday that the Office of Neighborhood Services elevated at least seven complaints to the Columbia/Boone County Health Department director. All seven ended without prosecution, and owners of the businesses involved said the interaction was quick.

At least five of the seven complaints the ONS forwarded to the health department involved auto sales. Danny Hammack, the general manager of Columbia Honda, said he had a conversation with the department on March 27 about their concerns with show room floor staying open. Hammack said the store locked up their building in response and moved to appointment only sales and viewings.

Hammack said he believed the department wanted to reinforce the importance of social distancing and sanitation.

"Within three hours, I received another email saying they understood what we were doing, we were deemed OK to operate," Hammack said.

Pat Murphy of Mid America Harley Davidson said he had one brief conversation with a city employee about how they operate the sales floor. Murphy said they closed the sales floor, but kept the repair part of the store open since auto repair and supply is considered an essential business.

Jacob Brummet of Creekside Pet Care took issue to the way the health department handled his business. The dog day care was considered "essential" for the care it provides animals, but could not offer pet grooming services exclusively. Brummet said someone called the front desk asking to book a grooming appointment. Before the clerk had a chance to explain they were taking bookings for June and later, Brummet said Browning came onto the call and told them to not offer grooming services.

"It was kind of entrapment," Brummet said. "She didn't call and ask for the owner, she just called to see what she could see."

That call was the extent of the interaction Brummet has had with the department with any issues. He said Creekside already followed many health guidelines experts are now urging before the pandemic, such as cleaning surfaces and wearing masks when working with the animals there.

ONS has taken 72 complaints so far involving businesses and the county's stay-at-home order. Twenty-seven of them were considered unfounded. Neighborhood Services Manager Leigh Kottwitz said that means workers did not find anything they felt could be a violation. Seventeen of them were listed as resolved voluntarily, which Kottwitz said means a business made a change to fix a perceived problem. 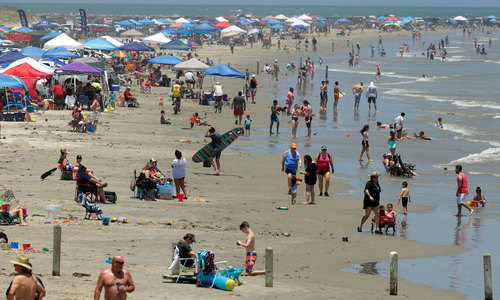