Cold weather can cause issues for some homeowners or renters as the cold can cause pipes to freeze.

Dave Kempker owns Plumb Magic in Jefferson City. He said there is typically one culprit that can cause pipes to freeze.

"Normally the cause is a draft that you just don't notice any other time of the year," he said.

He said it is not always an obvious issue that causes pipes to freeze.

"Just the smallest draft, a little bit of an air leak in a window, in the crack between the foundation and the wood on the house, or in a door opening, if there's a water line near it will freeze the waterline," he said.

Kempker said there are other less common causes like a waterline not being buried deep enough or being installed in an outside wall when it should not have been.

There are several things people can do to avoid having their pipes freezing, including leaving their faucet dripping with both cold and hot water, or opening cabinet doors to waterlines under kitchen sinks.

"You need to check for air leaks around doors and windows before the weather gets too cold, you know when we don't have these extreme temperatures and seal those up," he said.

Many people have their waterlines heat taped which prevents metal or plastic pipes from freezing. Kempker warned this should always be done by a professional.

"If you're going to have a line heat taped I would really suggest that you do that with a professional company that does it because if you go to the home centers and buy a wrap, put it on there, and you don't do it properly you can cause a fire," he said.

He said if a pipe freezes you should turn off your water because if the pipe thaws and is broken it can flood the house.

Kempker said outside hydrants can also cause issues if they are left on over the winter.

"If you leave your hose on an outside hydrant it will freeze and it will break. And in the spring when you turn that hydrant on it's going to leak back into the house," he said. "You need to make sure and take those garden hoses off and if you haven't done it by now, unfortunately, it's probably too late." 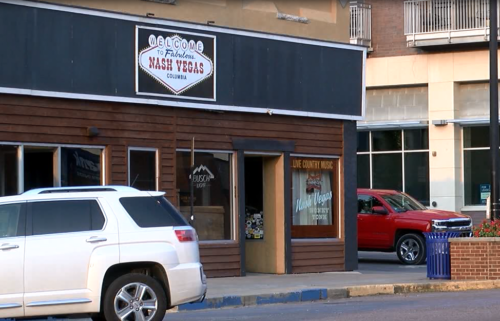