Director of Columbia Parks and Recreation, Mike Griggs, spoke with the Disabilities Commission Thursday about ADA compliance at the Boone County Fairgrounds.

Griggs said the meeting was part of the long-term planning for the fairgrounds.

The city will take over the fairgrounds once the Boone County Commission approves the transaction.

The city has plans to turn the land into a recreational complex with sports fields and a track and field complex.

Griggs said the fairgrounds will be ADA compliant.

"The easy answer is everything we do will be accessible," Griggs said. "But usually we try to exceed any minimum requirements."

The city also has plans to build an accessible playground on the fairgrounds.

The Disabilities Commission talked to Griggs about different ways the playground could be more inclusive.

"The idea that they talked about is the fenced-in playground. You know, that all accessible playground that's fenced in," Griggs said. "We were planning on doing something like that, but by having them reiterate the idea that, 'Hey, a fence keeps kids from wandering away,' and so if you're a grandparent bringing a child, that works as well, too."

He said the city still needs to come up with ways to make the fairgrounds and playground more accessible for people who do not have mobility disabilities.

"It'll be the other things, you know, like how do we get people that are visually impaired around? So those are really good discussion points that were brought up today," he said.

Griggs said inclusive playgrounds can be very expensive, even up to around $1 million. He said, like the plans for the fairgrounds, the city is still working to find the best way to pay for the playground.

"I think we must have partners to build a playground like this, and so, we're going to be looking at all kinds of grants, resources that are available to us. You know, matching some local dollars from our parks sales tax I think would be appropriate," he said. 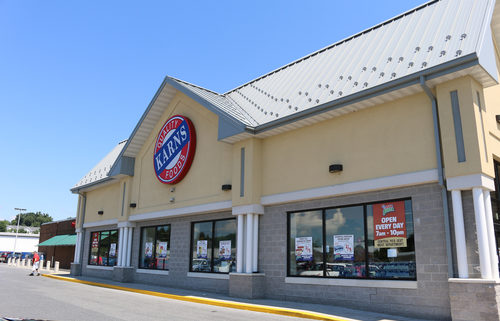