Hallsville residents will vote on Nov. 5 whether to sell the town’s sewer system. No matter what residents vote in favor of, there will most likely be some changes to the current system.

The city reached out to several companies, both private and public, that may be interested taking over the system. Several of those companies, and the city itself, have plans to upgrade the system.

Several goals of the potential changes are to prevent environmental issues and upgrade the system so it can keep up with growth.

The city currently uses a land application process, which involves lagoons. The city has a permit for a no-discharge storage irrigation system, but according to City Administrator Kenyetta Ridgway-Sample, overflow has been an issue the city has experienced more than once.

“We’ve gotten violations from the Department of Natural Resources, but we’ve never been fined for it,” she said.

She said the city has tested the discharged water each time to make sure there are no unsafe levels of anything.

In May, the city had an overflow that was caused by heavy rainfall. That wastewater flowed to a tributary to Kelly Branch. According to the Missouri Department of Natural Resources, the city’s permit allows for an emergency discharge under specific circumstances with the weather. Therefore, the discharge in May was allowed.

Brian Eisenloeffel, senior operations manager at Missouri American Water, said the company plans to invest $3.3 million over five years in the system. The company has been communicating with the city for several months.

“We had heard that they had had some challenges with their wastewater system and it might be a good opportunity. So we reached out to the mayor and he was receptive, and over the course of about a year we’ve attended different meetings with their council,” he said.

He said Missouri American Water has not made any final decisions on what it will change if it takes over the system.

“We haven’t worked out the fine details and done all the true engineering that we need to do to figure out exactly what system improvements we’re going to make. But we know that something needs to happen with the treatment process itself,” he said. “I would envision some type of treatment plant. This is a little more conventional and what we see in a lot of other communities to supplement that land application.”

Eisenloeffel said the changes would not necessarily mean a complete overhaul of the current system.

“I don’t think that it’s worth getting away from that land application. They have time and money invested in that,” he said. “They’ve got good partners in the farmers there. So it doesn’t make sense to abandon that process, but I think to supplement it and avoid those wastewater discharges,” he said.

Missouri American Water is currently offering a fixed rate of $38.75 that includes the capital improvements.

The Boone County Regional Sewer District is also looking at buying the system. General Manager Tom Ratermann said BCRSD has not made any final decisions on the changes it would make either.

He said it could utilize grants from the Missouri Department of Natural Resources to upgrade Hallsville’s current system. DNR has a variety of grants, including ones specific to smaller communities.

Ratermann said the district would bring an engineer to find what the best option for the system would be.

Ridgway-Sample said if residents vote to keep the sewer system under the city’s control, it would also bring in an engineer to do research.

“After that we would need to raise rates to match whatever grant or loan we would get. After that we would probably go into expansion of the sewer we have now, expand the lagoon, buy new pivots, or maybe even do a treatment plant,” she said. 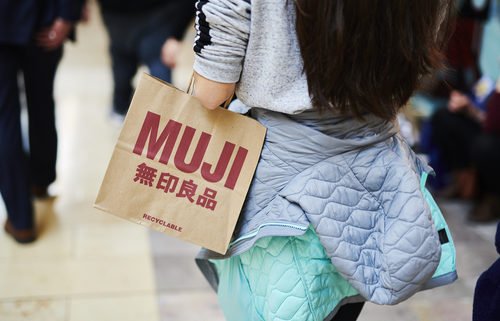