A lieutenant with the Jackson Police Department said Thursday that no reports or statements were filed in the six days following allegations of vandalism and hate speech at a high school football game.

Jackson R-2 School District Superintendent John Link said Tuesday that after reviewing video and speaking with parents, referees and police officers about the allegations, he couldn’t find any evidence of wrongdoing by the Jackson football team or its fans.

“[The locker room] was messed up, clothes were thrown all over the place, one of the locker room doors had been torn off, food thrown all over different things,” said Link. “Looked to me like a frustrated team went in and was taking it out on other things than each other.”

Requests for images of the locker room and surveillance video of the stadium were denied. Link said he preferred to wait to release any evidence until CPS finishes its investigation.

John Link, Superintendent, Jackson R-2 School District – “When they finish their investigation, we’ll compare the two and if there’s wrongdoing on our part, we’ll address it and if there’s not, we will move on.”

The Jackson district leader said he hasn’t received complaints of racial slurs at football games i the past.

“This is my 5th year as a superintendent, 31 years in education, and this is the first time I’ve ever had these concerns, these complaints brought to our attention,” said Link. “I want to tell you, we take it seriously. If we find that there’s something going on, we will not stand for that.”

Still, Link told ABC 17 News the game was contentious to the point that some language used on the field Friday night had to be addressed by staff.

“The game was chippy,” Link said. “It was the number 7 team in the state against the number 4 team in the state, it was a physical game, but as I spoke to the officials, they said the two teams were chirping at each other, we pulled them together, we told them to cut it out, and we played football.”

“We are continuing to investigate the situation. We have been in contact with game officials and Jackson administrators. We are continuing conversations and gathering as much first-hand information as possible to resolve the matter and determine what actually occurred. … Thus far, it seems there may have been some comments between players during the game for which we are working to gather additional specific information, but no one is reporting any chanting, taunting or harassment from the crowd as a whole. There are, however, accounts from Battle athletes and parents regarding inappropriate individual comments made toward them by other individuals from Jackson. We are also continuing to gather information regarding the state of the locker room pre-game, at half-time and post-game.”

Baumstark added that school was not in session Monday, which delayed the district’s inquiries into the Friday night incidents. 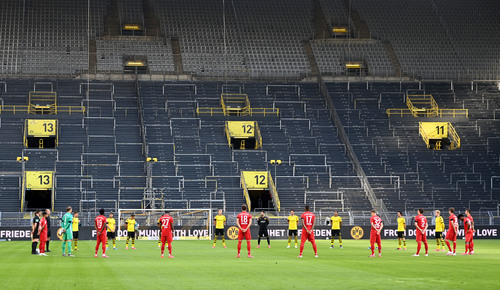