Britons are abandoning streaming services such as Netflix and Disney+ to save money as they suffer the biggest cut to their disposable incomes since the 1950s.

Streaming services boomed during the pandemic as people were forced to spend more time at home. With lockdown restrictions lifted, Britons canceled about 1.5 million subscriptions in the first three months of 2022, up by around 500,000 from the previous quarter. More than a third did so to save money, according to a new report by media consultancy Kantar.

Soaring inflation in the United Kingdom — which hit a 30-year high of 7% last month — has forced many households to cut back on non-essential spending, and subscriptions to video streaming platforms are firmly in the firing line.

“Households are starting to seriously prioritize where and how their disposable income is spent,” the report said.

Kantar’s report showed that the number of British households with at least one subscription fell by 215,000 during the quarter, with a record 38% of customers also planning to cancel subscriptions over the next three months due to money concerns.

“The proportion of consumers planning to cancel [subscription video on demand] services and stating the primary reason as ‘wanting to save money’ has risen to its highest ever level at 38%, up from 29% in Q4 ’21,” the report said.

Rising energy and food prices are expected to dent household disposable incomes by 2.2% per person over the next 12 months, according to the UK’s Office for Budget Responsibility. That’s the largest drop in living standards since 1956 when government records began.

“The evidence from these findings suggests that British households are now proactively looking for ways to save, and the SVoD market is already seeing the effects of this,” he said.

Viewers turned away from Disney at a much faster rate than Netflix and Amazon as its customer churn tripled quarter-on-quarter to hit 12%.

Kantar estimates that Netflix — the world’s largest streaming platform — has about 12 million subscribers in Britain, representing between 5% and 6% of its global customer base. 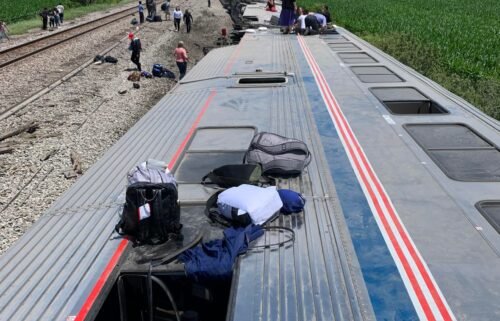