Oracle’s plan to buy the US assets of Chinese-owned TikTok in a partnership with Walmart is dead now that Donald Trump is out of the White House.

Shares of Oracle are up more than 25% this year and almost 60% over the past 12 months. That’s despite the fact that Oracle is still a relatively slow-growing tech firm compared to the more dynamic FAANGs and other big competitors such as Microsoft and Salesforce.

Oracle reported its latest quarterly results after the closing bell Tuesday, and the results were decent, if not exactly spectacular. Sales were up 8% from a year ago, topping analysts’ expectations. Earnings surpassed estimates too, with operating profits rising 5%.

Oracle up more than 25% this year

Still, Oracle’s stock has outperformed nearly all its sexier Nasdaq rivals this year.

It’s done better than Facebook, Amazon, Apple and Netflix. Alphabet is the only FAANG stock that has topped Oracle. The Google owner has soared nearly 40% in 2021.

Even though the TikTok deal could have injected the firm with faster growth and a younger customer base, investors still seem to appreciate Oracle’s growing cloud clout.

The company has been expanding aggressively in the more stable, subscription-based cloud business under the leadership of longtime executive Safra Catz, who has served as the sole CEO since former co-CEO Mark Hurd passed away in 2019, and Oracle founder, chairman and chief technology officer Larry Ellison.

Oracle “has proven itself to be more capable of reinventing itself as a modern, cloud-native provider when compared to similar competitors” said Nucleus Research analyst Trevor White in a recent report.

Cowen analyst Derrick Wood added that the company should post “a solid quarter” thanks to “strength in cloud bookings.” He said it would not be a surprise if Oracle issues guidance for the next quarter that meets or beats Wall Street’s forecasts.

Some other analysts are worried that all the good cloud news is already baked into the stock price.

Jefferies analyst Brent Thill points out that Oracle shares are now trading at their highest valuation, based on projected earnings forecasts, in nearly four years. He also worries that Oracle, despite its increased cloud presence, still lags Amazon, Microsoft and Alphabet in the cloud segment.

Other analysts worry about Oracle losing momentum in its core database business as well.

“The dominant customer feedback remains a desire to reduce their Oracle spending by switching to cheaper databases,” said UBS analyst Karl Keirstead, in a report this week. Keirstead argued that there is “no fundamental support for the rally” in Oracle shares.

Many Wall Street analysts pointed out that Oracle may keep using its impressive cash hoard to buy back more stock in order to boost earnings per share.

That’s a sign that Oracle, much like fellow “old” software firm IBM, may be a more mature tech that’s incapable of posting strong results from its actual business.

“Growing earnings will become a different challenge in the future because it must be driven relatively more by core operations,” said Mark Murphy, an analyst with J.P. Morgan Securities, in a report Tuesday.

So there will be more pressure on Catz and Ellison to prove to investors that Oracle’s strategy of sticking with database and cloud products can continue to pay dividends now that the TikTok transaction is on ice.

It’s not nearly as exciting to be a business software juggernaut as it is to own a fun social media site beloved by Gen Z. So it had better be profitable. 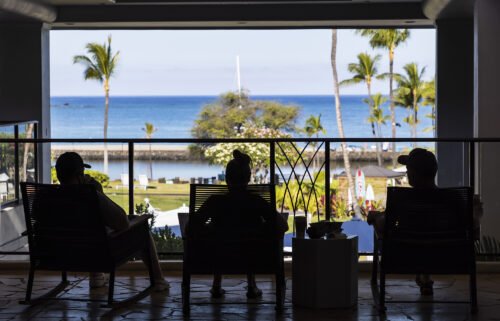