When a virtual Gucci Dionysus handbag sold online for the equivalent of $4,115 last year, it wasn’t the price tag alone that made headlines — it was the fact you could have bought the real thing for $700 less.

The four-figure sum, paid by a user on the gaming platform Roblox, was relative pocket change for a label that generated revenues of $9.7 billion in 2021. In fact, the Italian luxury giant had initially sold the digital bags for just 475 “Robux” (equivalent to under $6) each, with the astronomical prices only later achieved on the re-sale market.

What the moment demonstrated, however, is that there are people who place as much — if not more — value on their digital wardrobes as their physical ones.

This is an idea that has transformed the fashion industry in the past two years. From Balenciaga selling character skins on Fortnite to Ralph Lauren launching a digital clothing line on South Korean platform Zepeto, luxury brands have rushed into these new and hugely popular digital worlds.

Regardless of whether these platforms are part of the so-called “metaverse” (a term thrust into the spotlight when Facebook rebranded itself as Meta last year) or simply online games, millions of people are spending their time in immersive, interconnected digital environments. As such, major labels are setting up shop with virtual events, exclusive drops and avatar clothing collections.

The industry is abuzz with hyperbole about opportunities in the emerging digital landscape, with a recent report by consulting firm McKinsey saying that fashion is “at the forefront of the metaverse shift.” According to Charles Hambro, whose firm Geeiq (pronounced “Geek”) helps companies including Tommy Hilfiger and Farfetch to “navigate the metaverse,” this enthusiasm may stem from mistakes of the past.

“Fashion brands were particularly slow to social media,” he said in a video call from London, explaining that in the mid-2000s labels were dismissive of then-new platforms like Facebook. “They don’t want to be late again.”

“There are 3.2 billion people that play games now, and they aren’t just going into these virtual worlds to play — they are also, crucially, going in to socialize,” he added, comparing the fashion industry’s recent efforts with its attempts to “align with R&B and hip-hop culture” in the 1990s. “If a brand wants to be culturally relevant, it’s really important for them to be connecting with this audience.”

On face value, digital apparel is just another source of revenue for luxury brands. Dolce & Gabbana’s first NFT series, a nine-piece collection featuring dresses, crowns and a men’s suit (more than half of which were simply digital versions of physical items), sold for a reported $5.7 million last year via the luxury marketplace UNXD.

The margins are unquestionably attractive: The cost of creating, say, a pair of virtual sneakers that can be replicated infinitely for free will be drastically lower than manufacturing and distributing thousands of their physical equivalents.

But, perhaps more importantly, the metaverse gives labels access to an entirely new generation of customers — demographics that are, often, younger than traditional luxury shoppers and that may have never interacted with high fashion. Indeed, what was notable about Gucci’s Roblox experience, Gucci Garden, was not necessarily the headline-making handbag sales but the fact that the virtual space was visited by a staggering 20 million users.

This kind of brand-building exercise could, ultimately, push new customers towards real-life goods — either now or when they have more disposable income. A report by consultancy Bain found that 70% of luxury purchases are influenced by online interactions of some form (meaning that shoppers had at least one digital interaction with the brand or product before deciding to buy).

According to Hambro, however, brands that succeed will not be those that treat virtual worlds as advertising spaces or cash cows — it will be those that create fun and meaningful experiences for users.

“Facebook makes money from brands, Instagram make money from brands — but Roblox makes money from players,” he said. “So, when a brand goes into these virtual spaces, they need to enrich the experience, because it’s a completely different model. The model is about digital goods and services, not about buying (ads) and getting your logo in front of eyeballs as they’re scrolling through a feed. Brands need to create a true connection with these audiences.”

Labels appear to have bought into the idea. In March, Dolce & Gabbana and Tommy Hilfiger were among several major names to participate in the first ever Metaverse Fashion Week, which saw them create elaborate experiential boutiques in the Decentraland metaverse. (Though the event was marred by technical difficulties and glitchy graphics, it demonstrated brands’ willingness to take risks in an industry built on reputation.) Brands are also increasingly making garments that can be integrated into people’s online lives, rather than simply replicating real-life garments as NFTs that sit in digital wallets to be sold at a later date.

Consequently, users are choosing what to buy based on their tastes, rather than resale value, Hambro said. Take Burberry’s recent Roblox launch, which reimagined its iconic Lola bag in “extraordinary materials including clouds, water and wild foliage.” Like a conventional NFT sale, the label made an unlimited number of bags available at 800 Robux (equivalent to $9.99) for a 24-hour period, with buyers able to wear them wherever they go within the platform’s universe.

What intrigued the Geeiq co-founder — whose firm later analyzed the sales data — was that prices were not linked to the items’ rarity. In fact, quite the opposite: The bags that had proven most popular during Burberry’s day-long selling window (in other words: the most common styles) remained the most expensive on the secondary market.

“That really goes against what we’re seeing with NFTs, where it’s very much linked to the rarity of the NFT itself,” said Hambro, who believes the items’ value stems from the “aesthetic of the product itself.”

“These individuals were purchasing these products, really for self-expression, not just to own and flip them.”

Often dubbed the “first stylist in the metaverse,” British stylist Gemma Sheppard says that — just like real-life fashion — self-expression and creativity are at the heart of dressing digitally.

“Two years ago, my goddaughter asked me for some shoes for her avatar,” recalled Shepperd, a former director at luxury jewelry brand Boucheron who has since been appointed metaverse global fashion director at Dubit, a game development studio. “At the time, they were the equivalent of £60 ($70), and her mother was like, ‘Absolutely not — that’s more expensive than the shoes on your feet.’ But I started to talk to her, and she made me realize it was really important to her that her avatar had these glittery, sparkly shoes.”

“I had this massive realization,” she added. “This is how Gen Z is behaving. This is where they are. This is what their communication is about. Their identity in the metaverse really matters.”

Around 70% of US consumers, from generations X to Z, already consider their digital identity to be “important,” according to a 2021 study by The Business of Fashion. And Sheppard’s advice for brands (and the ethos of her own playful designs) is to take advantage of the medium’s creative potential.

“All of my concepts come from how I work in the real world, using traditional mood boards, but then I let my imagination run wild,” she said, referencing a new collection she’s working on. “Take accessories: I’ve got some jeweled cups, but they have got superpowers — they’ve got auras and can shower glitter (representing) confidence, for example… A bag doesn’t need to work in Roblox like it works in the real world.”

Conversely, virtual worlds may offer brands a chance to road-test physical designs before putting them into production, Sheppard said. But it would be a mistake, she added, to assume that people will dress the same virtually as they do in real life.

“That’s the beauty of the metaverse,” she added. “I live in Ibiza, and they say you can never be underdressed — you could turn up in your Swarovski gown and I can come straight from the beach in a bikini, and it’s absolutely fine. And I think, to a certain extent, that applies to the metaverse.”

The future of immersive digital worlds remains, like any new technological shift, a matter of speculation.

Some observers have even questioned whether the metaverse — or at least the version pedaled by Meta boss Mark Zuckerberg — will even happen. Amid cooling interest in NFTs and plummeting cryptocurrency prices, new job listings with the word “metaverse” in their title declined 81% between April and June of this year, according to workforce analytics company Revelio Labs. (Although treating this as a death knell for the industry may be like writing off the internet based on the 1990s “dotcom bubble.”)

Investment bank Morgan Stanley has nonetheless predicted that digital fashion could boost industry sales by $50 billion by 2030, according to Reuters. Heritage brands will face stiff competition from web-first ones, like the self-described “digital fashion house” The Fabricant, for their share of that market. It also remains to be seen whether selling virtual goods for a few dollars ultimately damages the IRL desirability of luxury brands in a sector built on aspiration and exclusivity.

A more immediate question is whether we will one day access our digital wardrobes across different virtual worlds (for now, an item bought in Fortnite or Decentraland, for instance, can only be used on those specific platforms). Dubit’s Chief Commercial Officer, Andrew Douthwaite, says this poses major technological challenges, despite users’ evident interest in owning a cohesive, cross-platform meta-closet.

“‘Interoperability’ has been the buzzword around the metaverse for the last year or so. In practice, it’s difficult, because different platforms are closed at the moment,” he said, explaining that this could change with a move towards a more decentralized version of the internet, often dubbed Web3 or Web 3.0. “I absolutely think that it’s something to strive for,” he added, “but it’s not as easy as just saying because I buy something on a certain world it should work in another world.”

Other potential opportunities exist where digital and real worlds collide, whether through augmented reality (AR) or virtual reality (VR). Recent years have seen huge leaps in virtual “try-on” technology, for example, which allows shoppers to see how clothes look without visiting stores or returning unwanted garments by post. Future applications will also depend on the development of devices like “mixed-reality” smart glasses, said Hambro.

“Where this gets really exciting — and now I’m going into speculation and guesswork about when the hardware gets good enough — is where, through the glasses you’re wearing now, you will see me wearing a different outfit based on the NFTs I own,” he said.

It is, perhaps, this future that the fashion industry is gambling its millions on. 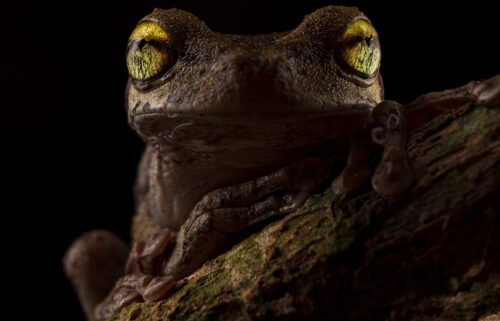 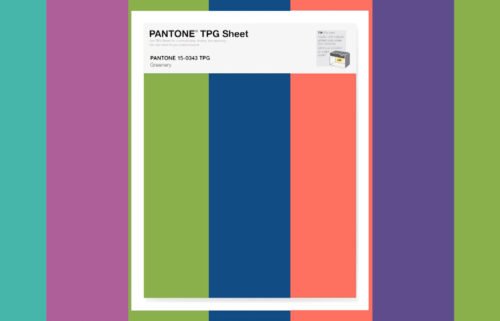 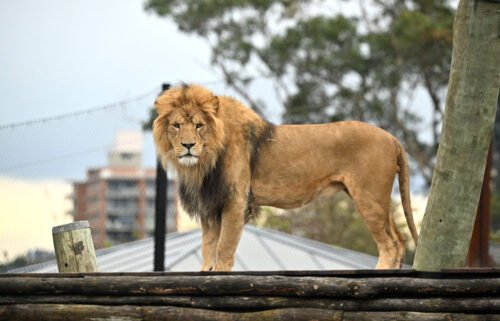