The temperamental weather in Paris proved no match for the enthusiasm of fashion editors, celebrities and influencers who braved the strong mid-day sun and the threat of rain to watch the latest menswear collections — even as many shows took place outdoors.

After a few seasons of digital runways amid the Covid-19 pandemic, some designers challenged themselves to push the boundaries of physical presentations — from an acrobatic performance at Issey Miyake’s Homme Plissé to a recreation of the namesake designer’s childhood home and garden at Dior Men.

Rick Owens returned to his usual haunt at Palais de Tokyo with a runway presentation punctuated by three giant globes that were set ablaze, air-lifted and then dramatically dropped into the building’s fountain pool as models walked around its periphery. It was Instagram gold.

At the KidSuper show, designer Colm Dillane staged a live auction of paintings that inspired his collection, raising over $500,000 for foundations supporting young artists. “I wanted people to interact … and make it an experience. I had always wanted to do an art show as a fashion show, and people could participate in the auction,” Dillane told CNN Style.

This season also saw the return of many brands to Paris. The city’s Spring-Summer 2023 shows ended with the much anticipated return of Celine by Hedi Slimane, a spectacle both on the runway and outside where crowds were eager to catch a glimpse of famous attendees. Korean megastars Lisa of Blackpink, BTS’s Kim Tae-hyung (also known as V) and actor Park Bo-gum sat front row alongside Eddie Redmayne, Jessica Biel, Justin Timberlake and David Beckham. K-pop stans caused such pandemonium that even LVMH’s Bernard Arnault was reportedly left awestruck.

Alongside Celine, Comme des Garcons Homme Plus, which had staged socially-distanced shows at its Tokyo headquarters during Covid, was back in town, as were Junya Watanabe Man, Thom Browne, Rhude and Mowalola.

There were also some debuts rounding out the week. Givenchy staged its first ever standalone men’s show, elevating wardrobe staples like gilets, hoodies and cargo pants with couture-like craftsmanship, while LA-based brand Amiri brought California cool to the Jardin des Plantes.

For more highlights from Paris Fashion Week, read on.

The spirit of Virgil Abloh was strong at Louis Vuitton. In the brand’s first collection designed without Abloh, who led the storied French house for four years until his untimely death in 2021, the menswear team paid homage to the late designer and his legacy. Staged outside the Louvre, the set was a supersized toy race track painted like the Yellow Brick Road — a nod to the late designer’s debut with the label, which was inspired by “The Wizard of Oz.”

The collection too was an ode to Abloh’s ideas of childhood imagination untainted by society. Paper airplanes and floral motifs, which were often prevalent in Abloh’s collections, were embroidered onto tailored suits and coats, while paper folding hats were reimagined in white leather.

Memorable accessories included two oversized 3D printed backpacks reminiscent of giant speakers, likely referencing not only Abloh’s love of music and career as a DJ but also his commitment to amplifying underrepresented voices, including young creatives of color.

Bookended by energetic performances from Florida A&M University’s marching band, the show also included a performance from Kendrick Lamar. Dressed in an oversized gray suit and crown of thorns, Lamar showcased tracks from his latest album while seated front row.

The show ended with a finale procession of models carrying a huge rainbow flag between them — another reference to Abloh’s seminal debut show — and Lamar chanting “Love Live Virgil” as the design team came out to take a collective bow.

A moment for accessories

From head to toe, this season’s collections showcased whimsical statement accessories. At Givenchy, Matthew Williams sent models down the runway in boldly branded headbands and balaclava-like facemasks. And, understandably considering the runway was covered in a thin layer of water, there were covetable chunky wellies.

Chia grass sprouted from sneakers at Loewe — not to mention the occasional hoodie or coat. Greenery also featured heavily at Kim Jones’ Dior Men collection, as models walked on a grassy runway, many wearing crossbody camera bags which came with straps to hold water bottles.

The hat game was particularly strong this season. In his sophomore collection for Kenzo, the Japanese designer Nigo finished several looks with millinery — monogrammed sailor hats, berets and bowlers — made in collaboration with Viennese company Mühlbauer. Bucket hats were seen in various iterations: smooth leather ones in pastel and neutral colorways at Hermes, and multicolored crochet versions at French streetwear brand Pigalle.

Statement earrings were also seen throughout the week, including giant middle finger earrings at Y/Project that immediately went viral.

Warm weather aside, a number of revealing looks dialed up temperatures in Paris this season.

In leather and sheer viscose, Rick Owens’ skintight tops offered sensual and tactile sensibility, as did opaque ripstock nylon pants with hints of skin peeping through. The brand took a more aggressive approach with its offering of vest tops, which ran the gamut from oversized tulle iterations with nipple-baring necklines to harness-like garments that barely covered the collarbone.

LGN Louis-Gabriel Nouchi’s collection explored various states of undress in a collection inspired by the classic novel “Dangerous Liaisons.” Vest tops were cropped high and paired with très fitted shorts, triangular briefs featured a slash across one hip and t-shirts were reimagined as shoulder shrugs, baring the entire chest. That wasn’t all: making his Paris Fashion Week debut, content creator Jordan Firstman walked wearing only a black robe left open — with just a piece of fabric strategically covering his modesty — in perhaps the most extreme example of nudity and body confidence on the runways this season.

Elsewhere, bare bottoms bounced down designer Thom Browne’s runway. No stranger to putting men in dresses, this season Browne shrank his signature pleated skirt to micro-minis and slung them so low that many a model’s jockstrap was almost fully visible. Strap-bearing trousers and shorts in couture tweed were pulled so low to be equally revealing, emphasized when paired with triangle bikini tops and cropped blazers that sat at the hip.

“It added a very youthful and sportswear sensibility to the collection,” Browne told CNN about the jockstraps. “It was really high-level tailoring and fabrics, so to really counterbalance that was a lot more youthful.”

Model and comedian Florian DesBriendas — a regular on Browne’s runways — closed the show in fine form, line dancing to Madonna’s “Don’t Tell Me” while dressed as a cowboy with tweed hat, boots, cropped jacket, fringed chaps and a sculpted codpiece adorned with an anchor Prince Albert piercing.

At an outdoor running track in a Paris suburb, Marine Serre dedicated her Spring-Summer 2023 collection to the athletes among us. “I used to do sports as a child and it’s always a part of my collection[s],” Serre told CNN, “but I’ve never shown it so frontal before.” The collection included swimming costumes with large cutouts highlighting the waist and hips and terry cloth robes worn over boxing shorts. Serre’s signature crescent moons and baroque motifs were seen on body-hugging unitards, bra tops layered over fitted long-sleeve shirts and printed on running shorts, bucket hats and beach towels rolled and slung across the chest.

There were more sporting moments at Pigalle, which literally staged a three-hour basketball game in its namesake neighborhood, while Homme Plissé Issey Miyake took a more theatrical approach to athleticism, working with dancers, models and acrobats from the Chaillot -Theatre National de la Danse. The performers wore fluid culottes, vest tops and sweatshirts as they scaled walls and stacked on top of each other’s shoulders in a sublime showcase of their acrobatic prowess.

French actress Audrey Tautou, who shot to international fame with her role as the Parisian waitress Amélie Poulain in the 2001 comedy “Amélie,” returned to her character’s stomping grounds at the Sacre Coeur to open Alexandre Mattiussi’s Ami show wearing white cigarette jeans paired with a tan button-down shirt and ankle-grazing trench.

These women undoubtedly brought star power to Ami’s runway, which showcased both men’s and women’s looks together in another sign that fashion’s gender definitions are continuing to blur. In June 2020, London Fashion Week announced it would combine both its mens- and womenswear showings into one gender neutral event; while Paris has yet to make an equivalent declaration, several designers this season — including Rhude, Pigalle, Kenzo, Y/Project and Thom Browne — presented collections featuring models of all genders.

Over at Marine Serre, it was a different kind of star power, with famous names across music, sports and culture on the runway, including Madonna’s daughter Lourdes Leon, French footballer Djibril Cissé and musicians Sevdaliza, JoeyStarr and Jorja Smith. 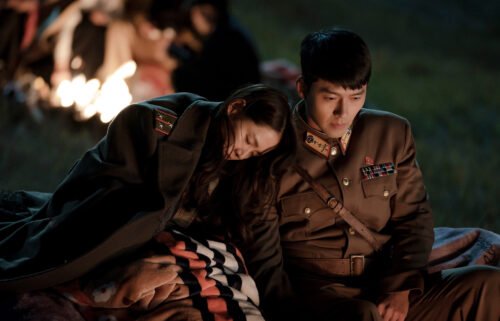 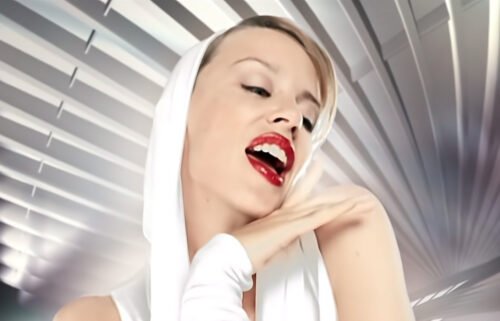