Suspension railways today seem like an anachronism — a 19th-century vision of what the future of transport would look like. By the year 2022, surely we would all be commuting to work on upside down railways!

Unlike boring ordinary train lines that stay determinedly fixed to terra firma, suspension railways dangle beneath a track suspended from pylons. Their carriages swoosh over roads, rivers and other obstructions, while passengers get to enjoy the view.

The idea, ironically, never really got off the ground despite a few successful if short-lived ventures like the Braniff Jetrail Fastpark System that whisked passengers from parking lot to terminal at Dallas Love Field for four years before the airport closed in 1974.

Today, the only suspension railways in operation are to be found in Japan and Germany. And it’s in Germany that the original, and still very much the best, can still be found still going strong in all its steampunk glory — the Wuppertal Schwebebahn.

It all began in the 1880s, in the afterglow of imperial Germany’s so-called Gründerzeit era of rapid industrial expansion. Entrepreneur and engineer Eugen Langen had been experimenting with a suspension railway for moving goods at his sugar factory in Cologne.

Meanwhile, the nearby city of Wuppertal had a problem. A booming local textile industry had seen the area grow from a small collection of settlements along the Wupper river to an urban sprawl of 40,000 inhabitants who now needed to get around.

Because the long and winding river valley made traditional rail or tramways impossible, city officials invited proposals to solve the problem — and up popped Langen.

In 1893, he offered his suspension railway system to the city, which leapt at the proposal. Construction began in 1898 and the line was ceremoniously opened in 1901, with Emperor Wilhelm II taking a test ride with wife Auguste Viktoria.

Almost 20,000 tons of steel were used to create the elevated track which snakes through the city. Its 20 beautiful art nouveau stations complemented the glass and wood interiors of carriages that could carry 65 people each.

The network was extended to its final length of 13.3 kilometers (8.3 miles) in 1903, with journeys beginning and ending at turning loops connected to the line’s Vohwinkel and Oberbarmen stations.

The new railway proved to be a hit with the locals. Over the next few years, train lengths were increased from two to six carriages, running every five minutes.

Passenger numbers dropped during World War I, when many of the workers of Wuppertal were serving in the armies of the Kaiser, but by 1925 the network had already carried 20 million passengers over the gentle Wupper river.

In World War II, the network was badly hit by Allied bombs in heavy air raids on Wuppertal in May and June 1943, and again in January 1945, but by Easter 1946, not even a full year after fighting ended in Europe, the whole route was already back in action.

For Rosemarie Weingarten, who was born in Wuppertal’s Barmen district in 1933, the Schwebebahn remains the cultural flagship of the city because of its endurance.

“I don’t think there’s a more iconic symbol representing both Wuppertal and Barmen than the Schwebebahn. It has always been there for me and I’m proud that it is still running,” she told CNN.

The elephant in the carriage

In 1950, the Schwebebahn had its most famous passenger to date, even more high-profile than the Kaiser: Tuffi the elephant.

The Althoff Circus was in town and had arranged a promotional trip for the young pachyderm, who was a minor celebrity in West Germany at the time. Tuffi was typically fearless around people, so circus owner Franz Althoff regularly used her to advertise his show.

She’d already ridden on trams, drunk from a holy water fountain, delivered crates of beer to construction workers and, somewhat less heroically, eaten a bouquet of flowers and urinated on a Persian carpet.

First her Schwebebahn trip seemed to go just fine. She boarded the train at Wuppertal-Barmen station (where Althoff had to purchase four tickets for Tuffi and one for himself).

But the carriage was crowded with journalists and officials, so when Tuffi tried to turn after a few minutes, she couldn’t and panicked. First she trampled a row of seats and then jumped through a window into the river 10 meters (33 feet) below.

The river was only 50 centimeters (20 inches) deep at that location but the ground was muddy, so Tuffi suffered only a few scrapes. Althoff had, apparently, wanted to jump after her, but instead continued to the next stop from where he ran back to the dazed elephant and led it back to the circus camp.

A statue made from basalt created in 2020 by artist Bernd Bergkemper sits in the exact spot where Tuffi landed in 1950.

Riding into the past

Today, the gently swaying Schwebebahn is no longer transporting elephants, but still in use as a commuter train, moving an astonishing 25 million passengers annually, pre-Covid.

Sadly, almost all of the glorious first-generation carriages are gone, and even the iconic GTW 72 carriages introduced in 1972 that ran for 27 years have been replaced by the sleek blue trains of “Generation 15” that entered service in 2016.

Even with the new trains, the Schwebebahn itself remains popular with aficionados.

“My fascination with the Schwebebahn lies in the way it was constructed over 100 years ago,” says Cologne-based architect Christian Busch. “To realize such a project without computer-aided systems would be unthinkable today.

“A ride in the Schwebebahn allows the passenger an extraordinary insight into the life of the local residents and really looks like a fairground attraction from days gone by.”

The Schwebebahn, for non-elephant users, remains an extremely safe way to travel.

Up until 1999 it was even considered the safest method of public transport in Germany, recording only a handful of small accidents in almost 100 years of operation.

In April 1999, however, the Schwebebahn experienced its darkest hour: five people died and 47 were injured when a train collided with a 100-kilogram iron hook left during construction work and plunged eight meters into the Wupper.

Since then, the railway has had some ups and downs, especially since the latest upgrade, when in 2018 a 350 meter-long power cable crashed onto the street below and incapacitated the Schwebebahn for almost nine months, the longest service disruption in its history.

The railway reopened in 2019 and has been widely and happily used by Wuppertalers again.

Given its incredible history and iconic look, it’s no wonder the Schwebebahn has inspired plenty of artworks and German popular culture in general.

It was alluded to in 1902 in the sci-fi novel “Altneuland” (The Old New Land) by Zionist writer and political activist Theodor Herzl. It features in director Wim Wenders’ 1974 movie “Alice in den Städten” (Alice in the Cities), in Tom Tykwer’s 2000 drama “Der Krieger und die Kaiserin” (The Warrior and the Empress), and again in a 2011 Wenders movie, “Pina,” celebrating another Wuppertal icon, choreographer Pina Bausch.

Turner Prize-nominated English artist Darren Almond created a Super 8 movie work entitled “Schwebebahn” in 1995, and the Museum of Modern Art (MOMA) in New York has in its collection a two-minute film from 1902 filmed from a Schwebebahn carriage with a unique view of the Wuppertal scenery.

For locals and visitors alike, the Schwebebahn remains a beloved anachronism.

“Nowadays, for static and economic reasons, gray concrete is often the choice and characterizes our infrastructure,” says Christian Busch, the architect. “But the iron girders of the Schwebebahn allow the trains to transport its passengers without having to consider the ever-increasing volume of traffic below, and they look great.”

And that beloved anachronism is one that might yet show the way for the future. Since 2018, the Schwebebahn has been the sister railway of the Shonan Monorail in the Japanese city of Kamakura, to share best practices and promote suspension railways as sustainable modes of travel.

And if you ever visit Wuppertal and want to feel really fancy, there is one glorious original carriage left in service, the one that Wilhelm II and Auguste Viktoria used in 1900.

Known as the Kaiserwagen, or Imperial Carriage,it can be booked for private functions — including weddings. 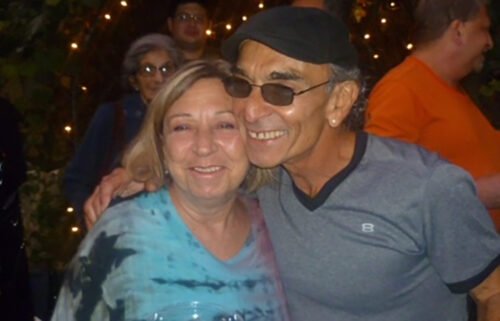