Four years after releasing the studio album “Dirty Computer” — a pop opus about love and rebellion in a dystopian future — Janelle Monáe has followed up with a new science fiction book set in the same world. On Thursday, the singer and actor spoke with CNN’s Christiane Amanpour about the unsettling parallels between the bestselling anthology and the current state of politics in the US.

Across five short stories, the protagonists of Monáe’s “The Memory Librarian” rebel against a eugenicist society in the the not-too-distant future that uses surveillance to root out citizens who are “dirty computers” and wipe their minds. Monáe’s book and album, as well as an accompanying short film, all advocate using love as a rebellious act in the face of oppression while celebrating the beauty of diversity.

“(‘The Memory Librarian’) deals with this totalitarian society literally taking people’s memories away from them, and giving them new identities so that they can manipulate and control them,” Monáe explained to Amanpour. “But these protagonists, who are mostly queer, women (and) non-binary folks, they fight back.”

Co-authored by Sheree Renée Thomas, Alaya Dawn Johnson, Eve L. Ewing, Yohanca Delgado and Danny Lore, the book has quickly become a New York Times bestseller. Its success adds another hyphenate to Monáe’s long list: a singer and songwriter nominated for eight Grammy Awards, an actor in the Oscar-winning movie “Moonlight” and a filmmaker nominated for one of sci-fi’s top accolades, a Hugo Award, for the 45-minute narrative music video she released alongside “Dirty Computer.” Next up, Monáe will play Josephine Baker in a forthcoming television biopic, which tells the lesser-known story of how the iconic entertainer became a spy during World War II.

Living unapologetically is a recurring theme across the various media of “Dirty Computer”, and Monáe told Amanpour of instinctively wanting to “protect the ones who are trying to live in love and in peace and are their authentic selves.” In April, Monáe opened up about their gender identity in a Los Angeles Times interview, saying that they are “beyond the binary” and using both they/them and she/her pronouns.

“I grew up in Kansas City, Kansas born and raised, and I grew up to working-class parents. So my mom’s last occupation, she was a janitor, and my dad was a trash man, and my grandmother served food for the county jail for 25 years. So in my heart, and in my spirit, I always want to protect marginalized working-class folks,” Monáe told Amanpour. “And being queer, being non-binary myself, imagine if I didn’t have my platform. Imagine if I wasn’t making my own money to support myself, and I was living in a family that rejected me or a community that did not accept me for who I was.”

As Monáe wrote on Instagram in December, they have always used sci-fi and Afro-Futurism as “vehicles” for translating ideas into music, art and now literature. But the singer told Amanpour that they believe memory and history are under threat in today’s America.

“I think that there is definitely an agenda for erasure,” Monáe said, pointing to Florida Governor Ron DeSantis signing the so-called “Don’t Say Gay” bill, which bans LGBTQ+ topics in elementary school classrooms, and Texas Governor Greg Abbott signing legislation that restricts how race and US history is taught in the state’s schools.

Monáe pointed to themes in “The Memory Librarian” that make the book so timely in this perilous political climate. “Our memories define the quality of our lives,” they said. “I think that when you strip somebody’s memory, you strip their identity you strip them as human beings.” 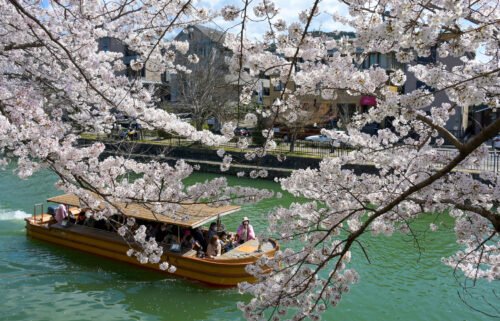