Wreaths, candles and calendars. These are sure signs of Advent for many Christian groups around the world. But what is Advent exactly?

The word Advent derives from the Latin adventus, which means an arrival or visit.

Advent is the beginning of the spiritual year for these churches, and it’s observed the four Sundays before Christmas Day.

Spiritually, it’s meant as a celebration of the Earthly birth of Jesus around 2,000 years ago but also a preparation and anticipation for the second coming of Christ.

In 2021, Advent starts Sunday, November 28. Each Sunday has a different spiritual theme and often involves the ceremonial lighting of an Advent candle in anticipation of Christmas and the birth of Jesus.

As with many aspects of any religion, Advent customs and practices vary from place to place.

Here are some Advent and general Christmas traditions in various countries around the world. We’re also including possible houses of worship to visit if you happen to be in the vicinity. Just remember church services as well as other gatherings might be limited or canceled, particularly in Europe, where they are coping with another Covid-19 surge:

Austria is the birthplace of one of the most beloved Christmas hymns, “Silent Night.” The hymn is called “Stille Nacht” in German (the native language of Austrians), and it was penned during the Christmas of 1818, according to the website German-way.

The English version of the hymn we sing today has some variation from the original, but anyone visiting Austria who happens to catch a performance should immediately recognize the soothing sound.

The picturesque city of Salzburg, from “The Sound of Music” fame, traditionally has numerous musical performances of the sacred hymn.

House of worship: Salzburg Cathedral is an iconic symbol of this Austrian city. Built in the same location as two previous churches, the foundation for the current Baroque structure with its two commanding towers was laid in 1641. (Kapitelplatz 2, PO Box 62, 5010 Salzburg, Austria; +43 662 65901 515 )

China might not immediately come to mind when you think of Advent, but roughly 5.2% of the population of 1.4 billion is Christian.

Chinese Christians light up their homes with colorful paper lanterns during Advent, and you might find red paper pagodas cut out and placed in windows. They follow many of the traditions that were brought by Western missionaries.

An emerging Christmas tradition is the giving of apples, sometimes sold in stores wrapped in colored paper.

House of worship: In Shanghai, St. Ignatius Cathedral is modeled on Western-style architecture and was built in 1906. It was damaged during China’s Cultural Revolution, but it has since been restored. In Shanghai, it’s called Xujiahui Catholic Church (No.156 Puxi Road, Xuhui District, Shanghai 200000, China)

About 86% of the people in this Balkan Peninsula country are Roman Catholic, and Advent is a big part of the religious life here. For some Croatians, preparations for Christmas actually begin before Advent on November 25, which is Sveta Kata (St. Catherine’s Day).

Prva adventska nedjelja (or Advent Sunday) is the fourth Sunday before Christmas, and the first of four candles in the Advent wreath is lit.

The residents of the capital, Zagreb, traditionally enjoy going to outdoor wooden stalls selling handcrafted souvenirs, roasted chestnuts and mulled wine. How much of that activity goes on through this Advent season will depend on the course of the pandemic.

House of worship: Zagreb Cathedral of the Assumption is the tallest building in Croatia, and this neo-Gothic structure holds what is considered one of the most splendid organs in the world. (10000 Zagreb, Croatia; +385 1 481 4727)

Families across Germany will set up an Advent wreath with four candles, one for each week of Advent. They may gather around the wreath each Sunday to sing carols and light another candle.

Stollen, which is similar to fruitcake, is one of the oldest Christmas treat traditions in Germany. And Advent hosts may serve cookies that are spread around their wreaths.

House of worship: Asam Church is far from Munich’s largest, but it might be its most ornate. One reason for its size — two brothers built it originally as a private chapel. Another plus: The tiny Baroque masterpiece also might be less crowded. (Sendlinger Str. 32, 80331 Munich, Germany; +49 89 2368 7989)

Along with the wreath and Advent calendars packed with little chocolates, another Hungarian tradition during Advent are the matins.

These are a daily Mass held every dawn from the first Sunday of Advent to the first day of Christmas. You may hear it called the Angelic Mass or Golden Mass.

A classic Advent treat in Hungary is the beigli. It’s a rolled crust traditionally filled with poppy seeds or walnuts.

Hungarians are a music-loving people, and various Christmas concerts are traditionally held around the capital of Budapest and other cities and towns.

House of worship: St. Stephen’s Basilica is the largest church in Budapest and a relative newcomer by European historical standards, consecrated in 1905 after decades of construction. In addition to the impressive neoclassical architecture, the views from the top are reportedly spectacular. On November 28, it will be holding a special prayer hour for Covid victims. (Szent Istvan ter 1, Pest, Budapest 1051, Hungary)

Advent in Mexico brings the religious ceremonies known as Las Posadas (Spanish for “The Inns.”) This nine-day celebration that marks the journey of Mary and Joseph is held from December 16 to 24.

Each evening in cities and villages across Mexico, a child dressed as an angel leads a processional, usually made up of children. They go to selected homes, where they are denied entry but often given refreshments.

This custom is followed in some parts of the United States, too.

For deeply Catholic Poland, Advent brings prayer, fasting and spiritual preparation for Christmas, according to the Polish Women’s Alliance of America. People stay inside during the long, dark evenings making decorations for the Christmas tree and handmade gifts, baking Christmas cookies, and preparing other delicacies for the upcoming holidays.

People also set up outdoor booths in village and city squares, decorated in themes of Christmas, where they will pass out candy, little gifts and cards.

House of worship: Construction of St. Mary’s Basilica in Krakow started in the late 1200s, and it was consecrated in 1320. The stunning basilica has undergone numerous renovations since then. Its asymmetrical towers make a memorable sight. (Plac Mariacki 5, 31-042 Kraków, Poland; +48 12 422 05 21)

While many Advent and Christmas traditions go back centuries in the United Kingdom, Christingles is a relatively new observance here. It started with the Moravians in 1740s Germany, but it wasn’t celebrated in the UK until the late 1960s.

The word can mean both a symbolic item and a service. You make Christingles from an orange, which you decorate with a candle, red tape and sweets.

The Christingles service might involve prayers, readings and singing. It also serves as a fundraiser for children’s charities. It can be held at the start of Advent all the way to Candlemas, but Christmas Eve is a popular time to hold a service.

House of worship: Salisbury Cathedral is one of the finest Gothic cathedrals in the United Kingdom and has Britain’s tallest spire. Its foundation stones were laid in 1220. As of November 26, the Anglican cathedral still had Advent services scheduled. (6 The Close, Salisbury SP1 2EJ, UK; +44 1722 555120)

Eastern Orthodox churches mark the lead-up to Christmas with a Nativity Fast, which goes from November 15 to December 24 on the Revised Julian Calendar, which follows the Gregorian Calendar that most of the world currently uses.

For Orthodox churches that still follow the traditional ancient Julian Calendar, those dates are November 28 to January 6. 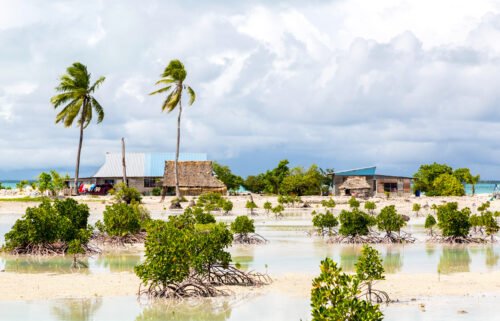 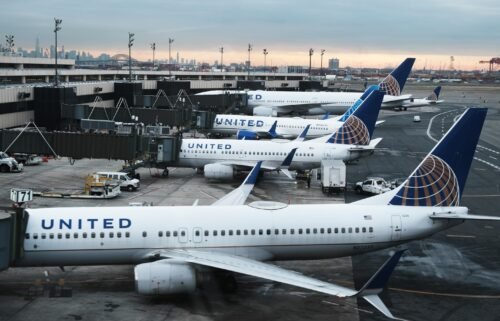 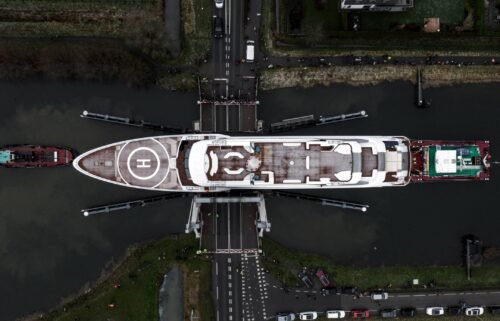 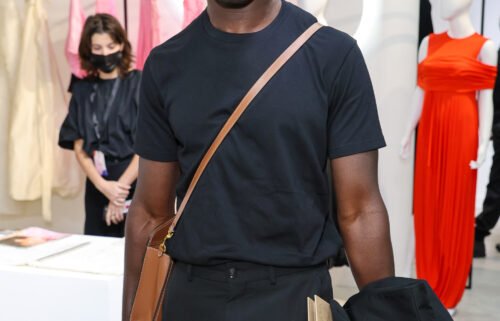