Tom Cruise turned 60 years old on July 3 and all we got him was a blockbuster movie.

While “Top Gun: Maverick” cruises the top of the box office, the film’s star spent part of his birthday at the British Grand Prix F1 race.

Not only has Cruise raced a few cars himself, but he is also good friends with race car driver and champion, Lewis Hamilton.

Some of his famous friends wished Cruise a happy birthday on social media.

“Mission Impossible” director Christopher McQuarrie and “Maverick” co-star Glen Powell both posted a photo that appeared to show Cruise, who is known for performing his own stunts, hanging off a plane mid roll.

“This is 60.TC, there is just no one like you,” Powell tweeted. “Keep hangin’ in there. Happy Birthday!@TomCruise.” 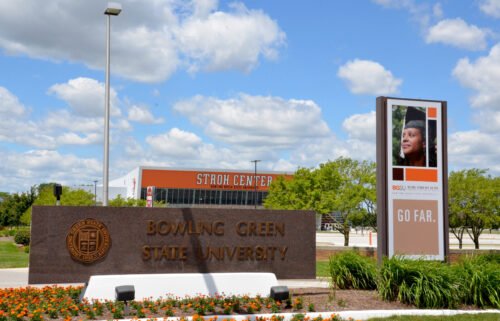