Drew Barrymore had just done “E.T.” when they planted her in front of a wind machine for “Firestarter,” probably the most memorable visual of that 1984 movie. But nothing by Stephen King can stay dead forever, which explains a new do-over that can barely generate enough heat to qualify as a thriller.

Simultaneously hitting theaters and the streaming service Peacock feels about right, since this is the sort of movie that would have gone directly to cable TV a few decades ago. In fact, there was a miniseries sequel, “Firestarter: Rekindled,” produced for what was then known as Sci Fi Channel 20 years ago, and this actually should have followed in its charred footsteps.

As is, Zac Efron lends a modest amount of star power to the proceedings, but the story is so uneventful that it seldom rises above a low boil.

Efron plays Andy, who agreed to participate in medical trials during college that gave him and his wife psychic abilities. But the real power got transferred to their daughter, Charlie (Ryan Kiera Armstrong, whose credits include “American Horror Story” and the “It” sequel), who is just beginning to grasp her psychic and pyrokinetic talents when the very bad people who originally experimented upon her parents finally catch up to them.

Andy and Charlie go on the run, with the leader of the secret facility (Gloria Reuben) dispatching a shadowy agent (Michael Greyeyes) to hunt them down. But honestly, not much happens for a fairly long stretch of the film’s modest 90-some-odd minutes, until the bad guys finally locate them again, leading to the inevitable showdown.

Directed by Keith Thomas, the movie’s most notable element might be the music, which is composed by horror maven John Carpenter and his “Halloween” collaborators, bearing an eerie resemblance to those macabre chords.

Otherwise, the production values possess the micro-budgeted feel of a student film, while the story arc makes some puzzling choices particularly down the stretch.

Horror never goes out of style, and thanks in part to the aforementioned “It,” everything old with King’s imprimatur is either new again or likely soon will be. Still, “Firestarter” lacks the spark to work in theaters and should even harbor minimal streaming appeal except perhaps for King completists, or horror fans who simply have time to burn.

“Firestarter” premieres May 13 in US theaters and on Peacock. It’s rated R. 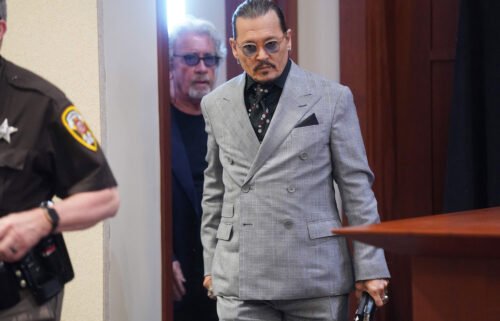